Here’s the simple reason why the new class-action lawsuit against 11 crypto companies may soon be dismissed Cole Petersen · 3 years ago · 2 min read
This article is more than 2 years old...
News › U.S.› Legal

Some of the most prominent crypto companies in existence are now facing a torrent of coordinated class-action lawsuits, which accuse them of issuing and selling unregistered securities to unsuspecting investors. 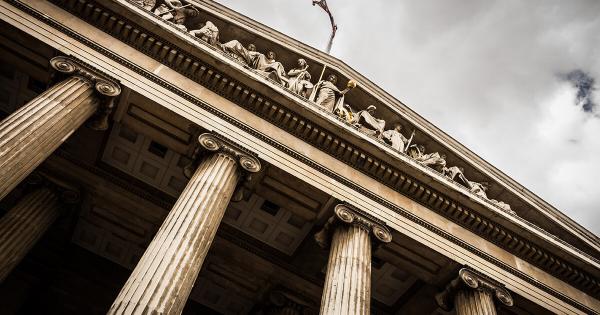 Some of the most prominent crypto companies in existence are now facing a torrent of coordinated class-action lawsuits, which accuse them of issuing and selling unregistered securities to unsuspecting investors.

Some of the defendants include notable exchanges such as Binance, Bitmex, and KuCoin, as well as prominent blockchain and crypto companies like TRON, Block.one, and Civic, among others.

Although the size and scope of this lawsuit are notable and could ultimately draw the keen eye of regulatory authorities within the United States, one prominent crypto compliance attorney is now noting that the bulk of these lawsuits are likely to be dismissed due to the statute of limitations on the Securities Act.

Per multiple breaking reports, the new lawsuit was filed by law firm Roche Cyrulnik Freedman in the Southern District of New York against 42 defendants spread out throughout a myriad of different countries.

In total, 11 crypto companies are being targeted by the lawsuit, which specifically states that the defendants took advantage of neophyte investors by claiming that tokens being sold were utilities, rather than securities – despite them knowing otherwise.

It further alleges that the companies used Bitcoin and Ethereum’s classification as non-securities to support this notion, despite knowing that these smaller cryptos would not pass the “Howey Test” – a method for determining whether or not an asset is a security.

Several prominent individuals are targeted by this lawsuit, including Binance CEO and founder Changpeng Zhao, Civic CEO Vinny Lingham, and others.

A full list of all the individuals and entities named in the lawsuit can be found on offshorealert, the financial regulatory site that first broke the news regarding the series of class-action lawsuits.

Attorney: here’s why many of these lawsuits may be easily dismissed

Cal Evans, an international technology lawyer with expertise in crypto compliance and strategy, spoke exclusively to CryptoSlate about these lawsuits, noting that the relatively short statute of limitations on the Securities Act will likely lead many of them to be dismissed. He explained:

“The Securities Act has a solid two year statute of limitations from the date of first sale. Looking at the lifespan of these businesses, and their first dates of sale, it is likely that most will fail on a motion to dismiss.”

It remains unclear as to which of the 11 targeted crypto companies will have to engage in either a lengthy court process or a settlement in order to resolve the lawsuits, but CryptoSlate will continue providing updates on the rapidly developing story as they come.

Cal Evans is perhaps one of the very few international technology lawyers with expertise in ICO compliance and strategy. Learn More