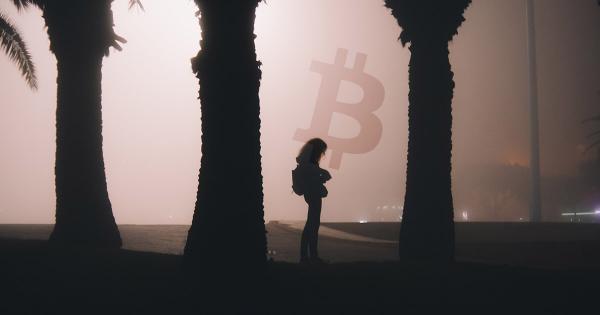 The crypto market saw one of its largest single-day downwards movement last Thursday, with Bitcoin leading a massive selloff that sent the benchmark digital asset reeling to lows of $3,800, subsequently causing most major altcoins to also crater lower.

This led the aggregated crypto market to erase nearly $100 billion off its market capitalization, which declined from $225 billion to $125 billion during a one-day trading period.

Now, the CEO of one of the world’s largest crypto exchanges is sharing his thoughts on what the real cause behind this recent selloff was, also noting that he still views Bitcoin as a safe haven asset even in spite of its recent coupling with the traditional markets.

Many analysts and investors were disappointed to see Bitcoin decline alongside the traditional markets, seemingly invalidating its status as a “safe haven” asset.

Changpeng Zhao – the CEO and founder of Binance who often goes by the nickname “CZ” – spoke about the invalidation of this narrative in a recent blog post, explaining that he still views Bitcoin and other cryptos as safe-haven assets, but that the intense turbulence in the global economy was simply too much for the small market to tolerate.

He equates the crypto market’s recent decline to a “swimming float” being attached to the Titanic as it sinks, further going on to claim that eventually, cryptocurrencies will be able to decouple from the traditional market.

“Say you take a swimming float, it works and it will help you float in water. Now let’s say it’s attached to the Titanic as it is sinking. Will that float work get you to the surface now? No, it won’t. Is it because the float no longer works? No, the floating properties of the float still work.”

CZ further went on to explain that the recent capitulatory selloff in the crypto market came about due to two primary factors.

Firstly, he notes that the non-die-hard crypto investors likely took the recent turbulence in the traditional markets as a reason to justify exiting their crypto position, creating a torrent of selling pressure that perpetuated as prices declined.

Secondly, he notes that many investors likely turned to sell off their crypto holdings in order to free up capital in order to pay rent and prepare for potential changes in their job situation due to the global instability.

Because all of these investors have already exited the relatively small crypto market, it is a strong possibility that a long-term bottom is in and that traditional investors may begin entering fresh positions in crypto if Bitcoin and other digital assets are able to begin decoupling from the traditional markets.

Bitcoin has seen some heightened volatility over the past few weeks, with much of its recent downside coming about as a result of that incurred by both Gold and the benchmark United States stock indices, which have all cratered due to the rapidly mounting economic impacts of COVID-19.

Over the past few days, you’ve likely noticed a lot of buzz about a trend in the crypto space: Tether, the company behind the USDT stablecoin, has begun to issue millions upon millions of their coin.