Cryptocurrencies are at it again. 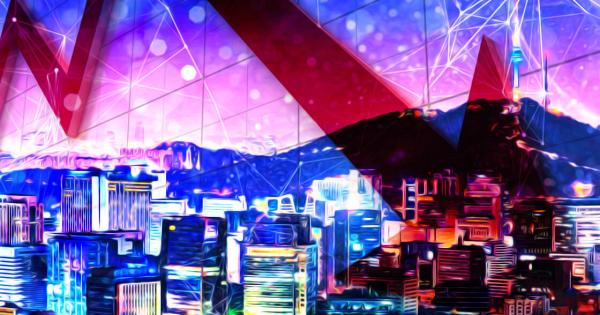 Cryptocurrencies are at it again. After quickly recovering from a head-turning double digital price drop last week, Bitcoin dropped below $14,000 for the third time since crossing the $15,000 threshold at the beginning of December.

As before, Bitcoin is not alone in its fall. According to data the coin rankings, only a handful of currencies are postings gains today. Bitcoin, Bitcoin Cash, and Litecoin are suffering the most. Each has dropped close to 10% today. Ethereum, the second largest cryptocurrency by market cap, is down 5% at the time of writing.

While last week’s price drop has yet to be explained, today’s plunge seems predicated on reports that the South Korean government is preparing to regulate Bitcoin and other cryptocurrencies.

According to a Reuters report,

“South Korean government officials said on Thursday it will impose additional measures to regulate speculation in cryptocurrency trading in the country.”

The extent of this regulation is not widely reported, and it’s unclear what exactly South Korea is planning to do.

Ron Neuner, the host of CNBC’s Crypto Trader, made contact with Reuters and other South Korean sources and reported the regulations to be “no anonymous accounts…[and] capital gains tax on all profits.”

However, by this point, the damage was already done. Bitcoin has struggled to surpass $14,500, and confusion over the original story’s impact is sending shock waves through the markets.

With a population of just over 50 million, South Korea is a relatively small country. However, as the MIT Technology Review notes,

“South Korea is one of the world’s most wired societies…[and it] is the world’s  No. 3 market in Bitcoin trading, after Japan and the U.S.”

Because cryptocurrencies play such a prominent role in the crypto ecosystem, any movement by the South Korean government has an outsized impact on global crypto markets.

Moreover, it’s estimated that 1 in 50 South Koreans is participating in cryptocurrencies, so the South Korean government is more likely than other nations to implement sweeping legal measures to protect consumers and investors.

If Neuner’s account is accurate, today’s move by the South Korean government should improve transparency and accountability in crypto markets; it would not challenge the legality of cryptocurrencies or Initial Coin Offerings (ICOs).

In other words, this sounds like good news, not bad news.

The Fear of a Bubble

As cryptocurrencies continue to surge in value, speculation of a Bitcoin bubble has become more intense. A recent blog by Ben Leudsdorf of The Wall Street Journal asserted that

“Fifty-one out of 53 forecasters, or 96%, said bitcoin has been experiencing a speculative bubble.”

Throughout the year, the fear of the crypto bubble bursting has resided just below the level of genuine concern.

As investors pour money into crypto markets, there has never been a shortage of pundits declaring the bubble’s impending pop. It seems likely that market fluctuations like we have seen in the past week have exacerbated these concerns and have helped proliferate the dramatic price fluctuations.

In the past, crypto market downturns have been followed by significant upswings. Of course, past progress is not indicative of future success, but it does reveal the extent of investor fear and the breadth of investor enthusiasm.

In the process, it can be difficult to differentiate between headlines that impact prices and the impact of prices on news headlines. Lately, it has been difficult to tell the difference.