ETHE and GDLC funds will transfer ownership of 3,100,629 ETHPoW tokens to Grayscale Investment. The tokens will be sold when deep liquidity is developed for ETHW trading. 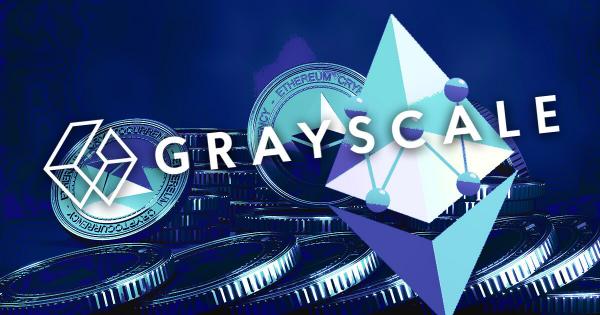 Shortly after the Merge on Sept. 15, miners hard-forked Ethereum to launch the Ethereum PoW network. As proposed,  ETHPoW tokens were distributed to eligible ETH holders.

Our funds $ETHE & $GDLC have passively received the rights to forked ETHPoW tokens. To the extent it is practicable, we will look to sell these tokens & distribute net cash proceeds to record date shareholders.
Read our release for important details: https://t.co/0subq36to0

If exchange listing and deep liquidity are developed for ETHPoW tokens, Grayscale will move to sell its holdings and redistribute the proceeds to shareholders.

Grayscale added that it is not able to determine the value of the ETHPoW tokens as little liquidity has been created for trading across crypto exchanges.

OKX moved to launch USDT-marginal perpetual trading for ETHW. According to Coinmarketcap data, OKX is handling 38.19% of ETHW trading, which amounts to approximately $39.7 million.

Grayscale report says bear market could last for next 250 days