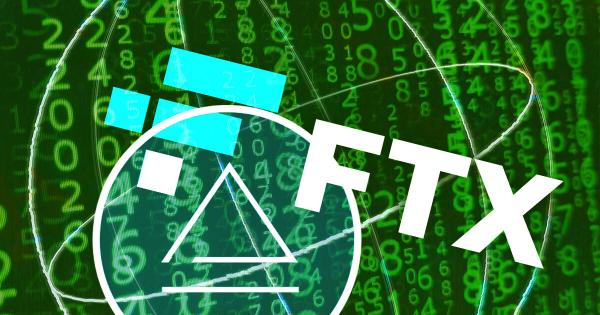 John. J. Ray, currently heading FTX management, has said that it has been challenging to figure out the firm’s total assets and liabilities and even how many bank accounts it had.

Federal prosecutors and regulators allege that SBF, FTX, and its affiliates, which include defunct hedge fund Alameda Research, stole user funds and poured billions of dollars into risky bets that did not pan out. FTX and its affiliates filed for bankruptcy in November 2022.

SBF pled ‘not guilty’ to multiple counts of fraud earlier this week, and his criminal trial is set for October 2023. A spokesperson for SBF told WSJ that charitable donations were made with trading profits, not user funds.

FTX’s charitable division Future Fund had doled out over $160 million to more than 110 non-profits as of September 2022. According to a prior version of the now-defunct website of Future Fund, the donations were granted to biotech startups and university researchers working on Covid-19 vaccines and pandemic preparedness, programs providing online resources and mentoring to STEM students in rural India and China, and non-profits developing solar panels.

Even with the crypto bear market in full swing through 2022, Future fund pledged $3.6 million to AVECRIS to develop a genetic vaccine platform. It also pledged $5 million to the Atlas Fellowship to support scholarships and a summer program for high school students.

The largest donation was made to biotech startup HelixNano, which received $10 million to conduct trials of a Covid-19 vaccine.

In a press release on Dec. 19, 2022, FTX announced that it had been approached by multiple parties that wished to return funds received from FTX and its affiliates.

Machine learning-focused non-profit Alignment Research Center, for instance, recently announced that it would return the $1.25 million grant it received from the FTX Foundation. It said the funds “morally (if not legally) belong to FTX customers or creditors.”

Similarly, on Dec. 20, ProPublica, a non-profit investigative media outlet, said it would return the $1.6 million it received from Building A Stronger Future, SBF’s family foundation.

The problem, however, is that many of the charities have already spent the money, or at least a part of it, received from FTX and its affiliates. For example, good Food Institute, a non-profit think tank focussing on plant and cell-based meat alternatives, has spent the entire funds it received from two FTX grants, WSJ reported.

Additionally, Stanford Medicine, which received around $4.5 million, has spent some funds. A spokesperson told WSJ that it is holding the remaining funds while it awaits legal clarity.

In an interview with WSJ on Dec. 3, SBF told WSJ that while most of his charitable donations were sincere, some were done to gain public favor. He said:

“When I pledged to give away $2,000 to some brand name charity as part of some promotion related to FTX’s business, that was as much PR as anything else.”

Bankruptcy experts told WSJ that whether or not charities have to return FTX grants depends on whether the exchange was solvent at the time of donating. Besides, firms that received funds from FTX Foundation may have added protection.

However, if the court declares FTX a Ponzi scheme, as the prosecutors allege, the firms may have to return the funds, according to the bankruptcy expert.

SBF was also one of the top political donors in the U.S., having donated an estimated $80 million in 18 months. Ray is also trying to recoup all political donations.

Court filings indicate that FTX spent $7 million on food and over $15 million on luxury hotels in The Bahamas in the nine months preceding its bankruptcy.

Reuters reported that on Jan. 7, U.S. Trustee Andrew Vara filed an objection against FTX’s plans to sell LedgerX and its Japan and Europe divisions. Vara called for a full and independent investigation before the sale of the companies since the firms might have information pertaining to FTX’s bankruptcy and fraud.