From April you can mine BTC, DHX and MXC from a 4W handheld device Liam 'Akiba' Wright · 10 months ago · 5 min read
News › Mining

From April you can mine BTC, DHX and MXC from a 4W handheld device

Is proof of participation the future of crypto and can you really mine Bitcoin with just 4w of energy? 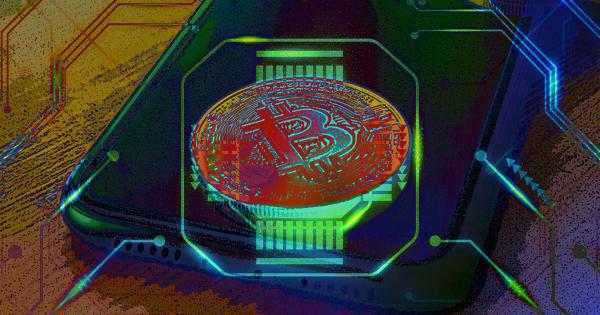 A couple of days ago, we published an article on Planetwatch. In it, I toyed with the idea of a crypto mining super box that could mine different cryptocurrencies. Well, a few hours after it went live, I received an email from a reader informing me that there was indeed such a device.

It is called the Match X M2 Pro and costs a whopping $2,900. Initially, I was skeptical. The email was from a total stranger on the internet who was, for all intents and purposes, shilling a token in which he had invested. However, after I dug a little deeper, I found something to be explored.

The description of the miner states that it uses a “Proof of Participation” model for mining;

Proof of Participation (POP) model, M2 Pro offers a new type of mining in which the amount of tokens mined is determined by the value of the miner’s participation in the network itself.

With POP mining, as opposed to the more common POS or POW, a miner proves his participation in the network by mining “data blocks,” which use next to no power. In fact, the power consumption for the M2 Pro is minuscule, 4-6W. It looks very similar to a home WiFi router because internally, it is very similar and has similarities to Helium miners. The difference is that MXC claims to be compatible with large machines, not just small IoT devices. Oh, and you can mine Bitcoin with it too!

Proof of Participation is the principle behind the MXC token created by The MXC Foundation, a Berlin-based non-profit organization. MXC is an open-source Machine Xchange Protocol that connects Low Power Wide Area Network (LPWAN) technology with the blockchain. So how on earth does a 4W device mine Bitcoin in any real sense? Consumers own the gateway devices that receive rewards based on the POW protocol. Above them are supernodes run by staking partners who also receive MXC rewards. The infographic below details how the protocol works.

Sensor owners connect to the gateway owners via LPWAN. These then connect to supernodes which are created through token staking. The supernodes are, in turn, connected to full nodes, which are operated by parachains and link directly to the data buyers.

The M2 Pro can mine DHX and MXC tokens by design. It can identify itself on the network to mine both tokens. However, this is the juicy bit. The MXC Foundation is about to announce the results of their pilot program to mine Bitcoin using an LPWAN device such as the M2 PRO. The project was called the Das Kaiser Projekt III and was available to the entire M2 Pro network towards the end of last year. To be a part of the project, you need an M2 Pro miner, miner health of 90%+, and 6,000 MXC tokens locked into staking.

How does it mine Bitcoin without hashing? It doesn’t. The device uses the POP protocol to measure participation in the network just as it does with its native token. Miners can then ‘mine’ Bitcoin through their devices and receive their BTC rewards in their wallets. Whether we should call this mining is now up for debate. Squirreled away on their website, they explain the process in more detail. When ‘mining‘ Bitcoin, the network

leverages the collective network strength and reliability into a cloud mining unit that acts as a unified bidder to request for a swap for BTC in a predictive AMM market.

So they are not mining Bitcoin, then?

The short answer is, unsurprisingly, no. A 4W device is not capable of hashing at the same rate as a 3Kw BTC miner. If it were, the Bitcoin network would be in for a world of trouble. However, does this matter? Well, from an end-user perspective, not really. You’re using a low-power miner to get the best possible deal for Bitcoin and receiving the rewards on top of your current MXC and DHX rewards.

Further, if we think into the future and a world where every Bitcoin has been mined, we will still need miners to continue to hash to secure the network. So perhaps a Proof of Participation layer is the solution to securing Bitcoin after we mine the 21 millionth coin. If you are interested in mining BTC with the M2 Pro the project goes live permanently in April.

The MXC whitepapers at times read like a political manifesto stating;

True democracy only works when all parties actively participate. The more active and vibrant the community is, the more we will achieve, together.

The argument makes a lot of sense and certainly solves some of the POW and POS mining criticisms. POW mining directly uses a lot of energy to secure the network. The solution to this criticism is obviously to utilize renewable energy. However, we cannot get away from the fact that a single Bitcoin miner uses around 3Kw of power, the same as an electric heater.

Proof of Stake mining opens a project up to the possibility of institutional control. Corporate players could buy up a large portion of the available supply to stake and influence the future of the network.

A POP mining method gives every miner a fair chance at receiving rewards. However, the first potential criticism that comes to my mind is that real estate becomes the critical aspect of controlling a POP network. Thus, if a government bought up the available supply of LPWAN devices and placed them on every street light and traffic sign across the country, they could become the most prominent participant in the network. They could then stake the tokens to run supernodes, and at that point, you are no longer running a decentralized network anymore.

Is this the future of mining? Probably not in the near future, but the possibilities for the next generation are undoubtedly attractive.

MXC is a Utility Token, also commonly referred to as an Internet of Things (IoT) Token.