This Algorand project using “Proof of Air” mining has an outrageously high ROI, but is it sustainable?

Founded by a former manager of CERN, Planetwatch is a token on the Algorand blockchain that uses air quality sensors to pay rewards to owners. 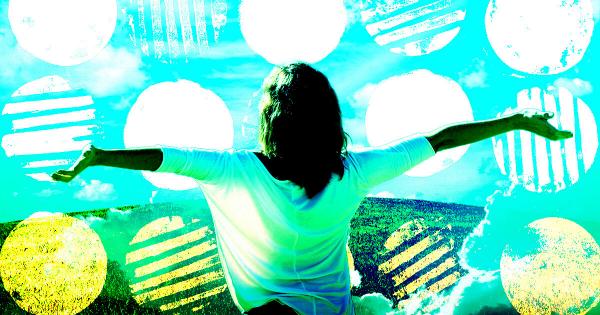 Hosted on the Algorand blockchain, Planetwatch is an air quality project founded by ex-CERN manager Claudio Parrinello. Their utility token, Planets, facilitates all of the project’s transactions on the blockchain and can be earned in a similar way to HNT with Helium miners. Helium uses a “proof of coverage” model to provide connectivity to the internet of things network through the HNT token.

It works by placing sensors that collect air quality data from your surrounding area and sending the info to the blockchain. The tokens are intended to be used to redeem air purifiers and other eco-friendly products; however, they are also tradable on exchanges such as Bitfinex. The data is then shared for “consumers, specialized dashboards for corporate and governmental users, as well as data feeds for online media outlets.”

What is really interesting is that the latest Planetwatch Type 2 sensors actually use the Helium network to send data to the blockchain. It is an amazing example of cross-chain blockchain projects working together for real-world utility. There are also rumors of the possibility of future devices that will mine both Helium and Planets at the same time.

The cheapest sensors cost €549,00 +VAT and require an annual license that starts at  €50.00 + VAT per year. The rewards, for these type 3 sensors, are reportedly 46 Planets per day which equates to around $2,350 per year by dates rates. That is a very solid ROI, and the token isn’t even close to all-time highs. The ATH was hit back in November at $0.40. Given the small market cap of the token, it is hard to predict which way the price will go from here.

However, we can assume that as the network increases in activity the rewards will decrease. The price could still drop by 50% and investors in the type 3 sensor would return over 100% on the year. Daily volume currently stands at approximately $300,000 which creates a low mcap/volume ratio that should indicate caution to potential investors.

As someone who has mined many different crypto tokens and enjoys experimenting with new technologies, this intrigues me. I am interested in the same way I toyed with Helium and Chia before putting them down as the costs prohibited further investment and time. I have mined space and time, coverage, and cryptographic hashes, perhaps now is the time to mine the air? The prospector in me wants to buy one of these devices as the ROI sounds fantastic.

Yet, the pragmatist in me says that the ROI will probably come down within a year to make it unprofitable. Things that are too good to be true are always unsustainable. The difference, however, is that there does seem to be an environmental benefit to mining Planets. If we were all more aware of the local air quality, would we start to improve our habits? When I installed a smart energy meter, I definitely focused on reducing my consumption. So perhaps mining Planets will help me make a small impact towards improving our environment?

I am now half expecting that within the next few years we’ll see devices popping up that will mine multiple cryptocurrencies across several different validation methods. It will be a quality measuring router with an ASIC chip, GPU, SSD, and several other sensors for proofs that don’t yet exist. If it comes with a built-in solar panel, we could finally have an infinite money glitch.

Until that day, I’ll continue to dabble with new projects with the money I can afford to lose as part of my crypto mining hobby. I don’t see this as a fundamentals play but Claudio Parrinello is certainly smarter than I am so I’ll keep an eye on Planetwatch. I may just have to have a play with the cheaper of the sensor options.

This Algorand project using “Proof of Air” mining has an outrageously high ROI, but is it sustainable?