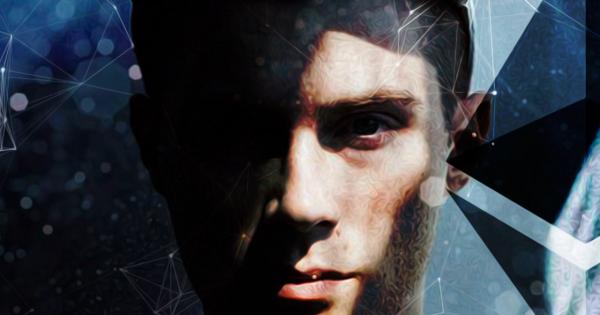 This week, Apple Music’s Jimmy Lovine commented on the efficacy of streaming music services. Lovine told Billboard, “The streaming services have a bad reputation. There’s no margins, they’re not making any money.”

“It is unfair to ask anyone to work for nothing,” the singer wrote to Apple in an open letter posted on Tumblr, “We don’t ask you for free iPhones. Please don’t ask us to provide you with our music for no compensation.”

Even as Taylor Swift’s new album arrived at streaming services this week, there is a continued awareness that streaming models being embraced by Apple, Spotify, Google, and Amazon may not be the most effective methods for distributing music. Its profit margin is slim, and it’s difficult to compensate artists adequately while still maintaining a profit. Right now, it looks like a lose/lose situation.

The Blockchain Meets the Music Industry

In addition, the blockchain is finding broad application across various industries; everyone from Microsoft to J.P. Morgan Chase is investing in the technology.  The music industry might be the next field to recognize that the blockchain is capable of far more than just accounting for cryptocurrencies.

For most people, buying on the blockchain is not as simple as purchasing an album on iTunes, but before long, fans may not have a choice. RAC is making blockchain integration a more natural process for other musicians who want to follow in his footsteps.

RAC is already bringing along several well-known musicians on this project. The album features Rivers Cuomo, Joywave, and St. Lucia – an eclectic group of musicians who could spread this trend well beyond RAC’s immediate sphere of influence. For Ego, RAC is partnering with Ujo Music, a music distribution platform owned by blockchain development company Consensys.

After wrapping up the album’s production, RAC began studying cryptocurrencies and blockchain technology. In an interview with Vice, RAC explains,   “That’s when I had this idea: Since I have an album coming out anyway, why not try to do something with somebody in that world.”

After posting this desire on Reddit, RAC was connected with Ujo Music, and plans were made to launch Ego on the Ethereum network.

“Blockchain technology has the potential to get the music industry’s messy house in order.”

Everyone is Embracing Change

The music industry is facing pressure on many sides. Physical sales have been rapidly declining for the past decade, and streaming sales recently surpassed physical music sales for the first time.

Meanwhile, musicians are ready to pursue new approaches to financing their music.

Last year, Chance the Rapper became the first recording artist to win a Grammy without being signed to a record label.

Beyoncé’s much acclaimed 2016 album Lemonade is only streamable from Tidal, the platform that she co-owns. It’s clear that artists are willing to try new things to derive value from their work.

RAC’s blockchain solution is a brilliant combination of new technology with old business models. RAC’s album isn’t free, but it is free of a lot of the overhead incurred by other artists.

Moreover, by using Ethereum’s smart contract feature, artists, producers, collaborators and others involved with the project can be paid with each purchase of their product.

A streamlined approach can make owning music more affordable, which can help revitalize a fledgling industry, especially for those who are not at the top.

As with most blockchain developments, there will need to be significant proof of concept projects before adequate investments will be made that allow blockchain music offers to scale to any meaningful level. However, it will also need other artists willing to be trailblazers.

Ego demonstrates that RAC isn’t afraid to be the first one to take a step into the unknown. If others begin to follow, all of the forces affecting the music industry may find their outlet on the blockchain.