Facebook, the social media giant that owns WhatsApp and Instagram, is finalizing its plans to launch its own cryptocurrency next year. 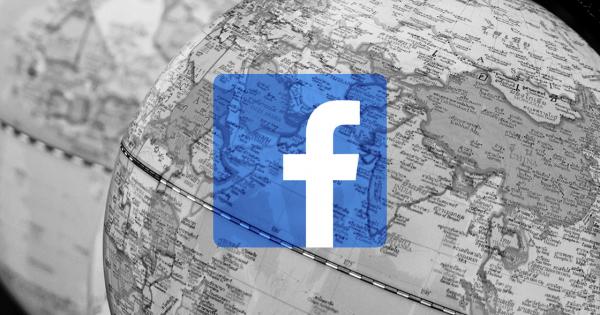 Facebook, the social media giant that owns WhatsApp and Instagram, is finalizing its plans to launch its own cryptocurrency next year. According to BBC, “GlobalCoin” will roll out in 2020, with tests starting by the end of this year.

After months of speculation about when Facebook’s rumored cryptocurrency will launch, newest reports suggest that it might be sooner than expected. Dubbed the “Project Libra”, Facebook’s plans for a digital currency network were first reported last year.

According to a May 24th report from BBC, Facebook’s Bitcoin-inspired cryptocurrency, GlobalCoin, is set to be rolled out for testing by the end of 2019. The company’s digital payment system should be available in about a dozen countries by the first quarter of 2020.

GlobalCoin will reportedly be pegged to a basket of international fiat currencies, including the US dollar, the Japanese yen, and the euro. The move is supposed to eliminate the volatility associated with cryptocurrencies, which should bring them closer to more people.

More detailed plans about GlobalCoin will be revealed this summer, BBC said, adding that the company’s founder, Mark Zuckerberg, has already spoken to the Bank of England, Western Union, and the US Treasury Department.

Last month, Zuckerberg met with Mark Carney, the governor of Bank of England, with whom he discussed the opportunities and risks involved in launching a cryptocurrency. Talks with money transfer companies such as Western Union could help Facebook find cheaper and faster ways for people without a bank account to send and receive money.

The US Treasury has also reportedly advised Facebook on how to deal with operational and regulatory issues regarding cryptocurrencies, including how to conduct the process of identity checks.

Nobody seems happy about Facebook’s cryptocurrency

However, Facebook’s ambitious plans haven’t been well received. Earlier in May, the US Senate and Banking committee wrote an open letter to Facebook and Zuckerberg. In the letter, the committee questioned how Facebook’s cryptocurrency would work and how the company will protect consumer data.

Blockchain expert David Gerard told BBC that launching GlobalCoin would enable Facebook to gain access to spending data that could be more valuable than the revenue from the cryptocurrency itself.

Nonetheless, he noted that there was no need to create a separate cryptocurrency in order to harvest that data. Instead, he said that Facebook could have created its own payment platform similar to that of PayPal, which would allow users to transfer both fiat and cryptocurrencies.

Back in February, Alex Stamos, the former chief security officer at Facebook, said that Facebook would be faced with extraordinary challenges when creating a cryptocurrency, which could spell disaster for the company.

“I can’t think of a tech project with a more important privacy/safety balancing act than this one,” he tweeted.

If Facebook’s GlobalCoin was to be a private stablecoin, its ties to an encrypted messaging service would make it a hotspot for money laundering.

On one end, a completely private and encrypted messaging service tied to an open, Zerocoin-like, zk-SNARK backed cryptocurrency and backed by a tech giant would instantly become the go-to mechanism for global money laundering, tax evasion, and just general criming.

On the other, without mathematically-backed privacy features having all of this data in one place would be a massive source of security and privacy risk, and a huge boon for countries with leverage over FB to get data access.

Wow, gonna be an interesting couple of years.

We are yet to see how far the use of GlobalCoin spreads after its launch, as the service will reportedly target the unbanked across the world, especially in India.