After Facebook’s Privacy Debacle, How Blockchain Will Secure Our Digital Lives Reuben Jackson · 5 years ago · 4 min read
This article is more than 2 years old...
News › Opinion 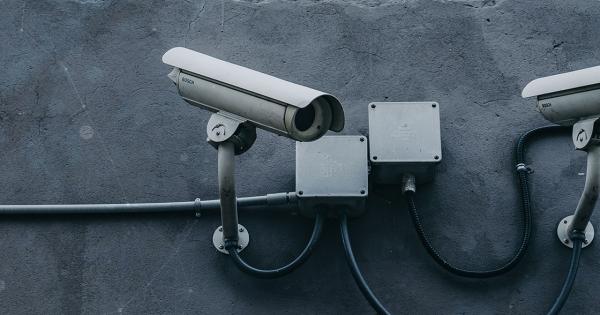 Photo by Scott Webb on Unsplash

Facebook’s privacy problems could be blockchain’s opportunity. As the fallout from the Cambridge Analytica data mining scandal deepens, the clamor to redouble efforts to protect personal data in the digital age is growing.

Tim Berners-Lee, the inventor of the world wide web, asked in a recent Tweet on the subject of data protection that: “What can web users do?” His answer: “Get involved. Care about your data. It belongs to you.”

What can web users do? Get involved. Care about your data. It belongs to you. If we each take a little of the time we spend using the web to fight for the web, I think we’ll be ok. Tell companies and your government representatives that your data and the web matter. 7/9

The #deletefacebook trend will likely not be going away any time soon, and Facebook has not helped itself in its tardy response which fails to address the core issue that the company makes its money from its users’ data.

We, the users, are the product. And because of the centralized nature of the platform, the monetary gravy train travels in one direction – into Facebook’s coffers.

As it happens, some blockchain start-ups have already made “getting involved” their business models, building decentralized secure ledgers for our data.

Taking back ownership of our data

There are yet others that are creating blockchain-centered social media platforms where the user has full control of their data. This is where the concept of self-sovereign ID comes in, and we are sure to hear a lot more about it in the not too distant future.

As the phrase suggests, self-sovereign ID is about how individuals can assert and maintain full control of all their data, determining who or what can access it, with the ability to revoke permission at any time.

Once data is secured, marketplaces, where individuals can sell access to it, become possible too.

The Facebook wake-up call could be the shock to the system that takes the nascent blockchain ID management projects to the next level regarding adoption.

There’s another factor that’s coming into play to concentrate minds and encourage innovation, and that’s the European Union’s General Data Protection Regulation (GDPR) which comes into force in May this year.

Also, individuals will have the right to see how the data is being used and marketing from companies will in future only be issued to individuals if explicit permission has already been received from the consumer; opting-in becomes the default.

There are huge implications that will flow from the new legislation, and it is likely to be copied by other states.

From a company’s perspective, it will mean incurring costs to meet consumer requests because these have to be met free of charge. Having an efficient way of processing and acting on those requests under GDPR puts a premium on practical technological solutions.

For governments, digital signatures will play an essential role in implemented secure access to data for citizens and, disseminating information to citizens and of course in securing personal data held by public bodies.

A company in Austria that specializes in precisely this area called A-Trust is rolling out its digital signature solution to municipalities in the country with the help of blockchain technology. A-Trust is a Qualified Trust Service Provider which means it can act on behalf of

The attraction of the Nxt blockchain lay in its vibrant developer community, an important factor when considering a blockchain because if it is widely used it is proving its robustness and that it works as advertised with developers building product on it.

Another thing that helped A-Trust make their decision, according to chief executive Michael Butz, was Nxt’s private blockchain and its proof-of-stake consensus mechanism, so in addition to finding Jelurida to be a trustworthy business partner, Butz said

“The environmental aspect of proof-of-stake algorithm, running without any interruption, is the third key factor which made us choose Nxt”.

Our digital lives on the internet are on the cusp of significant changes as collectively, governments, companies, and individuals attempt to get to a grip on the ethical and technical issues about our personal data and how to assert sovereign control.

One thing does seem more apparent today after the Facebook Cambridge Analytica headache – centralized platforms will no longer be able to do as they see fit with our data, with no recourse to remedy by the users.

We all need to pay attention and “care about our data” as Berners-Lee suggests, and a part of that toolkit will be based on the blockchain.