Ethereum’s intense uptrend seen throughout the past few weeks has had far-reaching implications, even creating a tailwind that some believe sparked Bitcoin’s move from $10,000 to highs of $12,000. 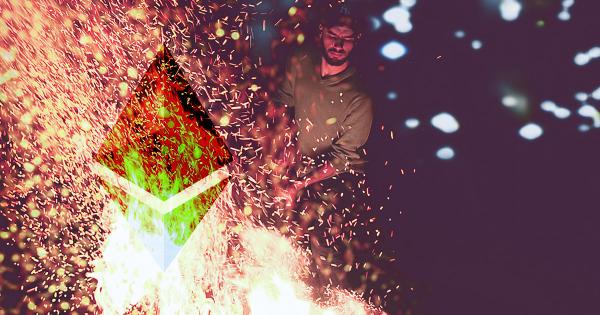 Photo by Mohamed Nohassi on Unsplash

Ethereum’s intense uptrend seen throughout the past few weeks has had far-reaching implications, even creating a tailwind that some believe sparked Bitcoin’s move from $10,000 to highs of $12,000.

Despite facing some immense turbulence this past weekend when ETH posted a rejection at $415, the cryptocurrency has since recovered the vast majority of its losses.

Bulls are now moving to push the crypto back above $400, although it does face some resistance within this price region.

One on-chain metric that may be spelling some trouble for its uptrend is that the vast majority of Ethereum investors are now highly profitable.

In the past, when over 90 percent of the digital asset’s investors are in the green, it starts facing heightened selling pressure as they move to secure profits.

Ethereum moves up towards $400 as its uptrend continues strong

At the time of writing, Ethereum is trading up just under six percent at its current price of $393.

This marks a notable surge from its recent lows of $300 that were set for a brief moment this past Saturday following its rejection at $415.

The potent reaction to these lows helped catalyze further buying pressure that has since lifted the cryptocurrency higher.

Bulls may now target these recent highs in the near-term, as they are currently striving to break the resistance established at $400.

Investor profitability could be a problem for ETH

Despite the strength of its uptrend, the number of profitable Ethereum investors is now reaching historic levels of over 90 percent.

In the past, this has correlated with mid-term peaks.

Analytics platform Glassnode spoke about this in a recent tweet, noting that the last time over 90 percent of ETH investors were in the green was in February of 2018.

“Over 90% of the circulating ETH supply is now in a state of profit, i.e. the current price is higher compared to the price at the time the coins last moved. Last time this we saw this level was in Feb 2018 when the ETH price was at $925.”

Although this number could, in theory, decline as the price climbs, this will only happen if a massive influx of new capital and investors enter the market.

Santiment – an analytics platform – also spoke about this trend, explaining that the high average returns seen by Ethereum investors suggest that a large “shake-out” is imminent.

“Often times, when average returns get this high, there will be a likely ‘shake-out’ upcoming to remove the ‘weak hands’. ETH has plenty more upside from these prices, but short-term, things are beginning to look a bit too one-sided into the positive for investors.”

Even if the crypto market is in the early phases of its next parabolic bull run, there’s a high probability that there will be many “shake-outs” along the way.