The much-awaited launch of Ethereum’s ETH 2 “Serenity” update might be delayed to 2021, if Ethereum Foundation developers working on the project are to be believed. 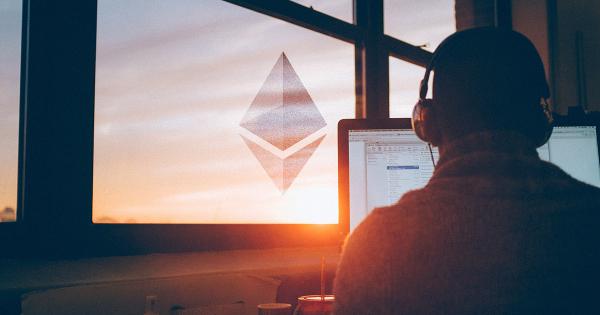 The much-awaited launch of Ethereum’s ETH 2.0 “Serenity” update might be delayed to 2021, if Ethereum Foundation developers working on the project are to be believed.

However, Ethereum co-founder Vitalik Buterin is sticking with a 2020 release “regardless of the level of readiness.”

Delayed again, or maybe not

Developers from the Ethereum Foundation (EF) took to a Reddit AMA yesterday, fielding questions on ETH 2.0 among others.

One commenter was quick to ask EF’s Justin Drake about the launch of Phase 0 for ETH 2.0. The developer was quick to note he would like to some of (the below) four things before the protocol is eventually launched:

He then said “I’m now inclined to say that the earliest practical date for genesis is something like January 3, 2021,” around the same time as Bitcoin’s 12th anniversary.

Drake noted they “had made ETH 2.0 hard for themselves,” citing an earlier tweet:

We made Eth2 hard for ourselves:

We could have launched a year or two earlier the easy way. It was painful but it was right. Our investments will pay off for decades 🙂

Meanwhile, Vitalik Buterin jumped into the comments to present his view, sticking to the earlier schedule of a 2020 launch:

“Eth 1 took 4 months from the first multi-client testnet to launch, and I’d argue the four-month clock started ticking for us at the beginning of July when Altona launched.”

Buterin said ETH 2.0 phase zero is a little simpler on-net, and that the protocol “is not going to have any critical applications depending on it until phase 1,” so the practical risks of breakage are lower.

With that in mind, he added: “on the whole, I see no reason to take more time for the eth2 phase 0 launch cycle than we did for the eth1 launch.”

Buterin noted the Altona testnet was running successfully (as of June 11), adding “having two clients at launch and increasing to 3-4 a few months after launch would be totally fine.”

And soon Lodestar too @ChainSafeth ?

The broader Ethereum community on Twitter seemed displeased with the news. Some suggested developers need to communicate more clearly among themselves regarding the public mention of ETH 2.0 launch dates:

I don't really care about the eth2 "delays" but my god, the communication between the researchers needs to be a lot better than this.

A simple "just don't give any dates until we're really, really certain" rule would be enough…

Meanwhile, considering Phase 0 was supposed to be a catalyst for Ethereum prices; some analysts said the news was bearish for ETH in the short term.

Ethereum developer reveals public, multi-client testnet for ETH 2.0 is a “week away”