Unlike traditional assets, where each transaction is not recorded in a central database shared with the world, Ethereum and other cryptocurrencies are almost entirely transparent. 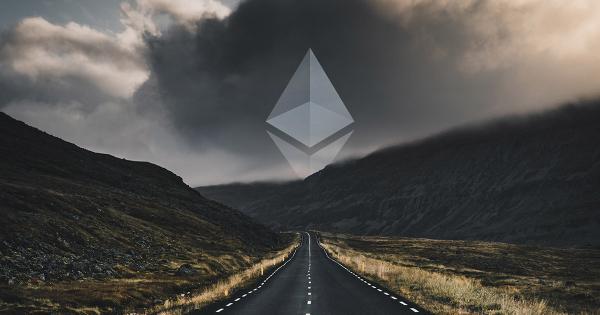 Photo by Luke Stackpoole on Unsplash

Unlike traditional assets, where each transaction is not recorded in a central database shared with the world, Ethereum and other cryptocurrencies are almost entirely transparent. One may not know who made a certain transaction or who owns an address, yet firms and individuals can all gain access to the metadata of every transaction that transpires on these networks.

It is a nearly inescapable fact that many have used to their advantage, analyzing the data to get an edge over their fellow investors and users.

Adam Cochran, a marketer-turned-angel/venture investor in the cryptocurrency space and an adjunct professor at Conestoga College, confirmed the importance of on-chain data on Apr. 28, when he released an over 100-part Twitter thread of remarks on the behaviors of Ethereum’s top 10,000 holders (by holding size).

His conclusion, “all things point up for ETH.”

Ethereum’s whales are flashing a swath of bullish signs

In his analysis of Ethereum’s biggest “whales,” Cochran made 31 key findings. Save for some, practically all of them can be interpreted as bullish for the cryptocurrency. Some of the key findings are as follows:

Reiterating the meaning of the findings for holders of the top altcoin, this is the conclusion the investor and marketer came to: “all things point up for ETH.”

This is Cochran’s third extensive analysis of the Ethereum ecosystem in the past two weeks.

Previously, he suggested that the upgrade to staking through ETH 2.0 could be one of society’s biggest economic shifts ever, and opined in another thread that the DAI stablecoin by MakerDAO could be the biggest existential threat to decentralized finance. CryptoSlate’s pieces on this research are linked.

To add to these bullish on-chain trends, Ethereum recently got a big fundamental boost with the news that Andreessen Horowitz (a16z) — a VC firm known for its early investments in Twitter, Slack, and Instagram — just finished fundraising for “Crypto Fund II.”

This is a new $515 million fund that will be investing in the following five categories in crypto and blockchain:

Andrew Kang, a venture investor himself, argued that Ethereum is likely going to be one of the biggest beneficiaries of the new fund. The investor interpreted a16z’s assertion that it will be investing heavily in “next-generation payment” projects as a sign that they will be “investing in ETH, the stablecoin settlement layer.”

This assertion is likely correct: a16z’s Crypto Fund I made a swath of investments into the Ethereum ecosystem, investing dozens of millions in stablecoin projects, MKR, Synthetix Network Token, and DeFi protocols like Compound and dYdX.

This confirms that the spec the testnet is running is operational and without glaring bugs this far, indicating the upgrade is on track to arrive by the summer, as Ethereum 2.0 researcher Justin Drake has suggested.