Ethereum 2.0 gets a Sapphire Testnet explorer on Etherscan 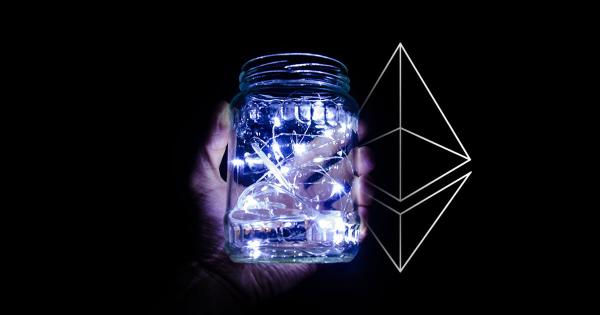 Etherscan and Prysmatic Labs have released their Beacon Chain Ethereum 2.0 Testnet explorer. According to the company’s announcement, the explorer will allow users to view the Sapphire Testnet, a public network developed by Prystmatic Labs that implements the Ethereum 2.0 Phase 0 protocol.

After the Ethereum community suffered a loss of faith due to the slow development process of the network’s second iteration, it seems that Ethereum 2.0 could see the light of day earlier than expected.

Earlier in October, during the annual Devcon conference, Vitalik Buterin, the co-founder of Ethereum, said that Ethreum’s layer two solutions are proceeding “slower than expected,” despite nine teams working on the upcoming blockchain.

The lack of optimism regarding the project was partly caused by comments made by Ethereum Foundation developer Jamie Pitts. While speaking at a panel, Pitts said that there was a clear lack of strategy and coordination among teams that could cause delays with the project.

However, recent developments showed that Ethereum 2.0 is still very much alive. On Dec. 5, Etherscan, one of the most popular blockchain explorers for the Ethereum network, announced that it has released an explorer for Ethereum’s new testnet. 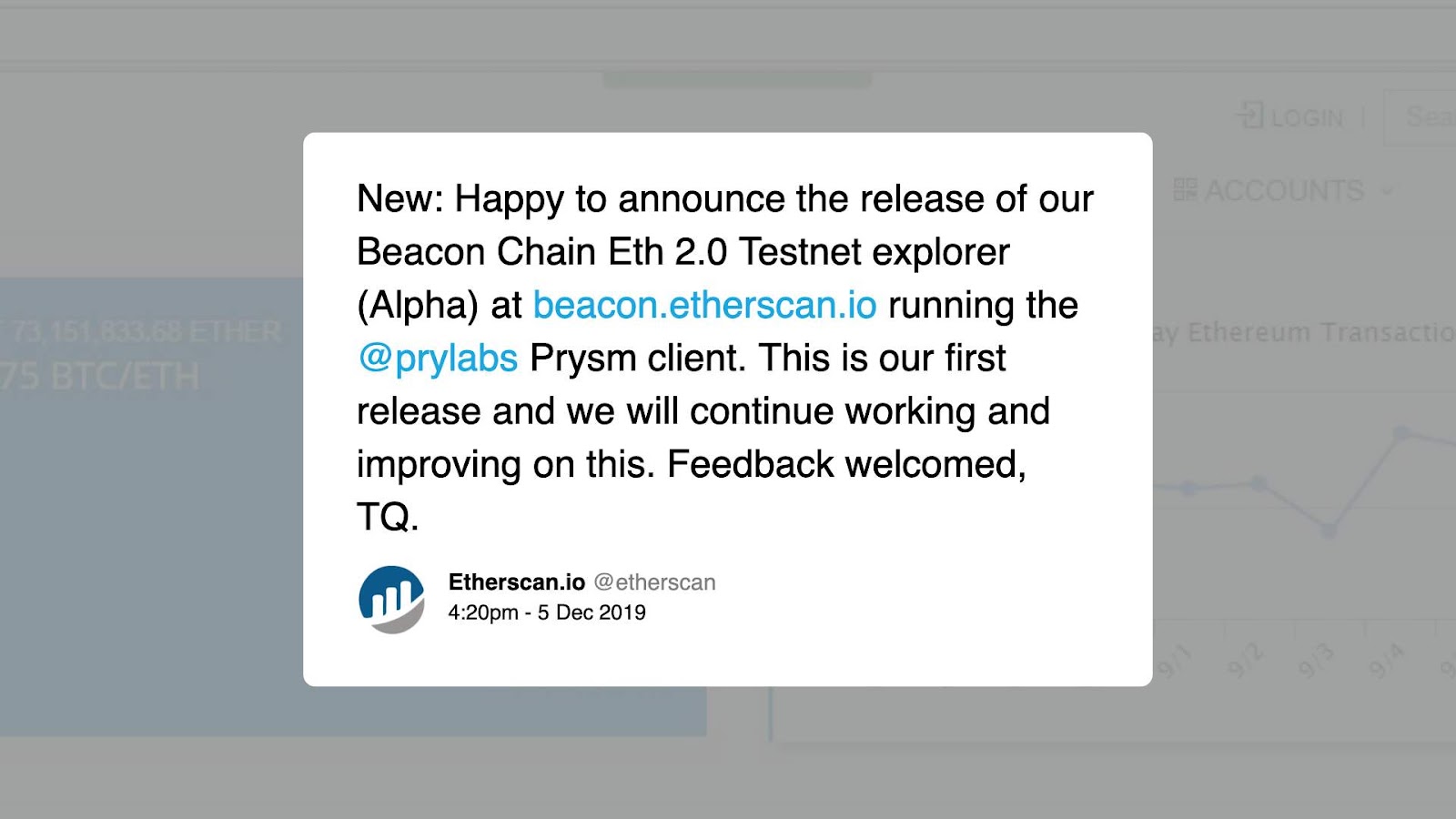 Prysmatic labs said that the proof-of-stake blockchain will enable anyone holding ETH on the Goerli testnet to join and participate. The launch of the Sapphire Testnet in July followed the launch of the Nimbus and Lighthouse testnets in March and April.

The company said that those who join the testnet will act as validators and be able to participate in proposing and voting on blocks in the protocol. Network participant’s behavior will be subjected to rewards and penalties in order to facilitate a natural environment on the testnet.

Prysmatic Labs allows anyone to participate in the network, saying:

“To participate in the network, anyone can send 3.2 ETH from the Goerli ETH1.0 testnet into a validator deposit contract, which will queue in the user as a validator in the system.”

According to the Beacon Chain testnet explorer, there are 517 active and 213 inactive validators on the network at press time. Validators that remain dormant for a particular period are set to have their stake removed from the testnet, but the explorer shows that none of the stakers have been penalized yet.

Around 940 out of the 1,650 eligible ETH has been voted, the explorer showed.

The next version of Ethereum, which uses Casper proof-of-stake, is live on the Prysm testnet.