The Ergo Foundation, EMURGO, and IOHK have announced AgeUSD, a stablecoin protocol based on the Ergo blockchain. 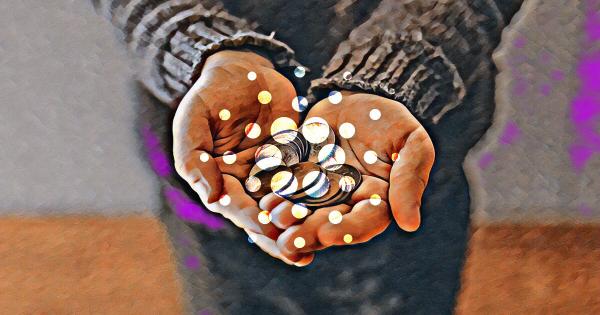 The Ergo Foundation, EMURGO, and IOHK have announced AgeUSD, a stablecoin protocol based on the Ergo blockchain. According to Roman Pellerin, the CTO of IOHK, the crypto-backed algorithmic stablecoin will also be available on Cardano once its smart contract functionality is unlocked.

A new type of stablecoin to launch on the Ergo blockchain

EMURGO, a multinational blockchain company tasked with developing solutions for the Cardano blockchain, has announced the launch of a new stablecoin called AgeUSD. The stablecoin, however, won’t be launched on Cardano, but on Ergo, a decentralized blockchain platform.

Announced during the “Ergo Summit 2021” on Jan. 24, the stablecoin will be based on a novel algorithmic design developed on the Ergo blockchain. AgeUSD is a result of a joint partnership between the Ergo Foundation, EMURGO, and IOHK, the company behind the Cardano blockchain platform.

What makes AgeUSD different from other stablecoins on the market is the fact that it’s not a fiat-pegged token, but a crypto-backed algorithmic stablecoin protocol. This means that AgeUSD doesn’t rely on collateralized debt positions (CDPs), essentially making liquidation events impossible.

The protocol will see a significant portion of its mathematics as automated as possible and stop relying on dynamic transaction posing. And while EMURGO noted that AgeUSD is still far away from solving all of the problems stablecoins experience, it represents an important attempt at creating a highly secure alternative to the current market offering.

With Goguen, AgeUSD could also see the light of day on Cardano

The significance of AgeUSD goes far beyond just Ergo. While the stablecoin will utilize Ergo’s native cryptocurrency in its protocol, the protocol could be deployed to other blockchains as well. Given EMURGO and Ergo’s close ties with IOHK, it was only obvious that the ambitious stablecoin would be released on Cardano.

Bruno Woltzenlogel Paleo, the technical project director at IOHK, shared a preliminary, high-level implementation of AgeUSD in Plutus during the Ergo summit this weekend. During his presentation, he said that IOHK wanted to demonstrate the new capabilities and functionalities that open up when you combine Cardano’s Plutus smart contract programming language with Ergo’s ErgoScript.

Romain Pellerin, the CTO of IOHK, shared the news about AgeUSD on his Twitter account, confirming the news that the stablecoin would be coming to Cardano. However, Pellerin’s announcement was brief and had no mention of a particular timeline when AgeUSD would be rolled out on Cardano.

Given the fact that Cardano’s upcoming Goguen phase will fully unlock the blockchain’s smart contract functionality, it’s safe to assume that AgeUSD could roll out by the third quarter of the year, when IOHK predicts Goguen would be fully complete.