Salvadorians are adapting to life with Bitcoin, but it’s not smooth sailing 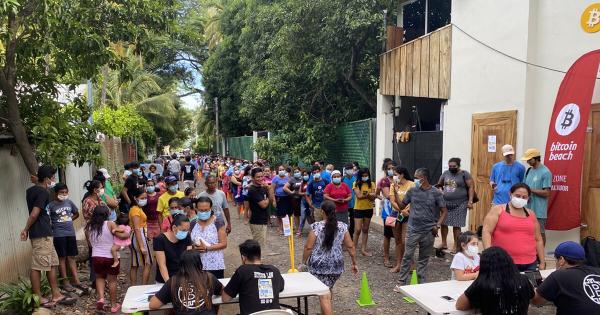 Against the wishes of the IMF and World Bank, El Salvador did the unthinkable by making Bitcoin legal tender on September 7 – a move that has irked a proportion of its citizens, primarily due to the perception that it’s not for ordinary everyday people.

Nonetheless, almost a week since then, a Redditor who claims to be from El Salvador updates how things have been going. And it’s not been as smooth as President Bukele would have hoped for.

How has El Salvador adapted to Bitcoin?

Since announcing the move in June this year, President Bukele’s Bitcoin law proposal has been met with public protest.

These protests have been getting increasingly larger and more intense, with armed riot police called out during the most recent one on the day the law came into effect.

But Reddit user u/Tux_fan opens his post by saying the protests have died down, with the matter switching to social media debate rather than happening on the streets.

“There haven’t been any protest since september 7. Any kind of debate has gone to social media, people who support the law and those against it.”

As for the aftermath of Bitcoin’s implementation, u/Tux_fan said there is no noticeable change. In his words, it’s just another payment method, and everything is as it was before the law came into effect.

However, the Bitcoin “experiment” has hit a couple of snags with the national Chivo wallet, mainly with bugs affecting its usability.

Chivo is a no go

According to Google Trends, the search term “Chivo,” in El Salvador, is projected to hit a rating of 100 when the actual data gets compiled.

Even though the Bitcoin law has been public knowledge for four months, the search frequency rating was just 2 during the previous data point, the week from Aug 29 to Sept 4.

On the day of launch, President Bukele tweeted that app needed to switching off while admins increased server capacity to cope with the traffic.

But u/Tux_fan reports that the Chivo app itself, not the server capacity, makes the wallet buggy and unusable. Having said that, if the capacity issue hasn’t been resolved, it’s likely that there is a connection between the two things.

“It seems the app wasn´t ready to be released. You’re logged out when you open or use the app, sometimes it works, sometimes not.”

u/Tux_fan also describes a bug that shows fewer dollars received when transferring out of Chivo to the Exodus wallet. In his example, he sent $20 from Chivo and received $2 in Exodus – three days on, and his Exodus balance remains short.