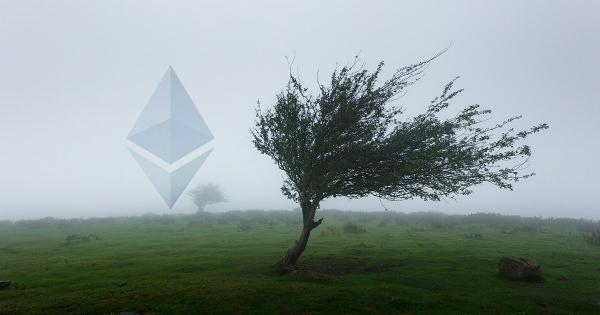 The DeFi sector has been struck hard by the recent market-wide downturn seen throughout the past couple of months. Its descent first began at the start of September after Bitcoin’s price slid from its previously $12,400 highs.

Since then, many of the coins residing within this part of the crypto market have posted massive losses, erasing all the gains incurred due to the sector’s parabolic push higher.

Over the past couple of days, the larger digital assets – like Bitcoin and Ethereum – have both posted immense surges that have shifted the market conditions back into bulls’ favor. Yet, the DeFi sector is still lagging due to its “high beta” nature.

One economist is now noting that he expects these tokens to see some relief in the near-term, which could act as a prelude to a December bull run that acts as a second wave of the DeFi hype phase.

Bitcoin has led the recent market-wide rally, surging past $12,000 a couple of days ago and reaching highs of $13,200 yesterday afternoon before facing some resistance.

During the first day of its uptrend, altcoins sold off as investors fled away from riskier assets, but yesterday this trend was nullified when Ethereum rocketed past its $400 resistance.

Despite Ethereum’s present strength, assets within the DeFi sector have not yet seen any notable relief rallies, as many are still consolidating or drifting lower.

Per CryptoSlate’s proprietary data, the DeFi sector is up just under seven percent today. It is important to note that Wrapped Bitcoin (WBTC) and RenBTC have accounted for a good portion of these gains.

However, he believes that the second wave of DeFi hype won’t come about until December when investors begin rotating capital away from larger digital assets like Bitcoin and into beta assets.

“Bigger picture, DeFi is not dead, it will eventually resume its 2-way high beta behavior (vs BTC). I’m thinking it will restart a bull-run come December, once market goes back into risk-on mode. Not as strong as the prior run, as crazy yields won’t come back.”

Because so many investors were struck by the myriad of “rug pulls” and scams that have been plaguing the DeFi sector as of late, there will likely be an increased emphasis on quality investments during the next wave.