Dogecoin steals the crypto spotlight as ‘DogeDay’ trends on Twitter

DogeDay is finally here, and cryptocurrency enthusiasts prepare for another bullish impulse that could take Dogecoin to $0.69. 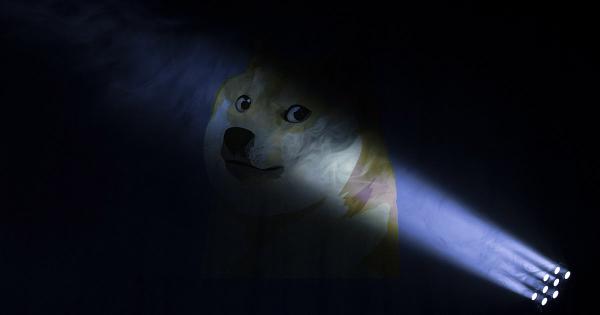 Dogecoin (DOGE) stole the crypto spotlight after its price skyrocketed by more than 500% over the past week. The Shiba Inu-themed token surged from a low of $0.070 to make a new all-time high of $0.46 on Apr. 16, surpassing Tether as the fifth-largest cryptocurrency by market capitalization.

The hype around Dogecoin seems to be fueled by a new social media campaign dubbed ‘#DogeDay420’ that attempts to take over Apr. 20 (or 4/20).

This date is an informal colloquialism for smoking cannabis in popular culture. However, cryptocurrency enthusiasts want to make it an unofficial DOGE holiday by pumping prices to $0.69.

Antoni Trenchev, the co-founder of crypto-lending firm Nexo, believes that the Dogecoin community could achieve its goal since it is composed of millennials who show disdain for the traditional financial system.

“There’s a tribe of investors, many of them millennials, who see it as a cause, a movement. Dogecoin is symptomatic of the zeitgeist happening before our very eyes,” said Trenchev.

The truth is that #DogeDay420 has received support from the chocolate bar brands Snickers and Milky Way while online retailer Newegg is now accepting Dogecoin as an official payment method.

Guess what day it is? #DogeDay. Tomorrow? #DogeDay420 ? (not an actual Snickers pack, just a cool #doge gif) pic.twitter.com/9GAeFsRJU9

Although Dogecoin’s social media frenzy has certainly picked up momentum, some prominent figures in the cryptocurrency industry are concerned.

Charles Hoskinson, the creator of Cardano and CEO of IOHK, maintains that the ongoing narrative around DOGE reflects “market manipulation” orchestrated by “clever whales” who plan to dump their tokens on unaware investors. The former Ethereum developer argued that the recent price action that Dogecoin has experienced is not sustainable and could lead to massive losses.

“If you’ve made money, great, but get the hell out of it! It’s a bubble, it’s not real, there’s nothing sustainable there,” said Hoskinson.

Dogecoin sits on a stable support

IntoTheBlock’s “In/Out of the Money Around Price” (IOMAP) model reveals that Dogecoin sits on top of stable support. Nearly 62,200 addresses bought roughly 9.16 million DOGE between $0.368 and $0.372.

Such a crucial area of interest might contain any potential downswings from morphing into a steep correction. Holders within this range may do anything to prevent their investments from going “Out of the Money.”

It is worth noting that the IOMAP cohorts show that a breach of the $0.372 support level could validate Hoskinson’s bearish outlook. Based on this on-chain metric, there isn’t any significant demand wall underneath this price hurdle that would prevent Dogecoin from erasing most of the gains incurred.