THORChain (RUNE) is surging higher today after the cryptocurrency joined hands with SushiSwap. 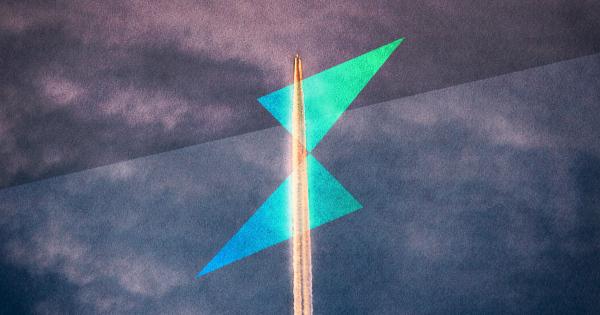 THORChain (RUNE) is surging higher today after the cryptocurrency joined hands with SushiSwap.

THORChain is a cross-chain liquidity protocol that allows investors to trade cryptocurrencies across chains. RUNE is the protocol’s native token.

RUNE has surged 35 percent in the past 24 hours in spite of the fact that Bitcoin and Ethereum remain in consolidation. The cryptocurrency currently changes hands for $1.81 on Binance, though has traded higher on other venues due to a lack of arbitrage.

This rally comes after THORChain listed an Ethereum-based version of RUNE on SushiSwap to “make inroads into the Ethereum Defi community.” This system will allow THORChain to build liquidity, a community, and other networks within the Ethereum blockchain prior to the launch of the Ethereum Bifrost system.

“ETH.RUNE is a transitionary asset to grow liquidity ahead of the launch of THOR.RUNE and the Ethereum Bifröst.”

The price of RUNE on SushiSwap has surged past $2.30 as a result of a lack of a two-way bridge to arbitrage the price differences. A bridge will be announced shortly:

“Sushiswap pools will be incentivised from next week to grow liquidity. A two-way bridge between BNB.RUNE and ETH.RUNE will be launched within 72hours to help arbitrage and move the supply.”

The volume of RUNE is surging with this news, reaching all-time highs per data source CoinGecko.

RUNE’s rally underscores the ongoing decentralized finance recovery in spite of the fact that Ethereum is around 20 percent below its recent highs of $1,350.

The decentralized finance market is outperforming today despite further consolidation in the top players.

According to CryptoSlate market data, coins such as Compound (COMP), Ren Network (REN), Aave (AAVE), Uniswap (UNI), and many others are up 5-10 percent in the past 24 hours.

This rally comes shortly after Brian Brooks, the acting Comptroller of the Currency, said that banking is being driven forward by DeFi, in a similar manner to how autonomous tech is driving forward transportation:

“Other DeFi projects include decentralised exchanges that allow users to trade without brokers, and protocols for lending that do not involve loan officers or credit committees. Although these ‘self-driving banks’ are new, they are not small. They are likely to be mainstream before self-driving cars start to fly.”

Many think that this comment from the top Treasury official is a long-term validation of this space.