The complaint claims that investors placed GYEN orders believing its value was pegged to the Japanese yen, but the price soared seven-fold before plunging 80%. 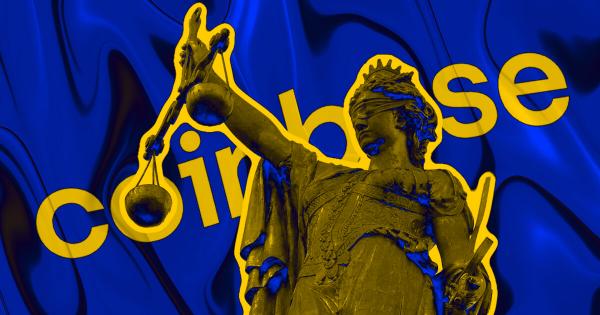 Coinbase customers have sued the exchange over the promotion and trading of GYEN, a stablecoin that crashed. A report unveiled this news earlier today, noting that the lawsuit targets both Coinbase and the issuer of the GYEN stablecoin, which turned out to be anything but stable.

According to the report, Coinbase’s customers filed a class-action lawsuit yesterday in a federal court in northern California. The lawsuit alleges that Coinbase and Tokyo-based GMO-Z.com, GYEN’s issuer, misled investors about the token’s stability. As a result, investors incurred losses worth millions of dollars.

The complaint pointed out that GMO-Z.com issued GYEN with a 1:1 peg to the Japanese yen. However, GYEN’s value slipped below that of the Japanese yen in November last year after Coinbase listed and started trading it.

The complaint further noted that,

“Investors placed orders believing the coin’s value was, as advertised, equal to the yen, but the tokens they were purchasing were worth up to seven times more than the yen. Just as suddenly, the GYEN’s value plunged back to the peg — falling 80 percent in one day.”

Coinbase prevented customers from trading GYEN after the crash

Following the 80% crash, Coinbase halted GYEN’s trading. The complaint alleges that the exchange exacerbated the harm already caused by denying customers the opportunity to sell the asset. As a result, GYEN holders on Coinbase lost millions in a few hours.

The investors that filed the lawsuit asked to represent all GYEN investors. However, they did not specify the amount of compensation they seek.

At the time of writing, GYEN is trading at $0.007732. This amount is equivalent to the level the Japanese yen is trading against the U.S. dollar.

Moreover, Sophia Zaller, a crypto underwriter at Relm Insurance, discovered a bankruptcy disclosure statement in the report. The statement noted that Coinbase could treat customers as general unsecured creditors in the event of bankruptcy. Zaller added that this is a red flag.

"In the event of a bankruptcy…..customers could be treated as our general unsecured creditors." 🚩🚩🚩

🚨Get your #Bitcoin off exchanges.🚨 pic.twitter.com/KDBiAvYcog

As a result, investors started moving their funds off the exchange resulting in a sharp drop in COIN’s price.