The chairman of the United States Commodities and Futures Trading Commission (CTFC) gave verbal confirmation that Ether is a commodity and that he expects an Ethereum futures contract will soon be launched in the United States, as reported by Yahoo Finance. 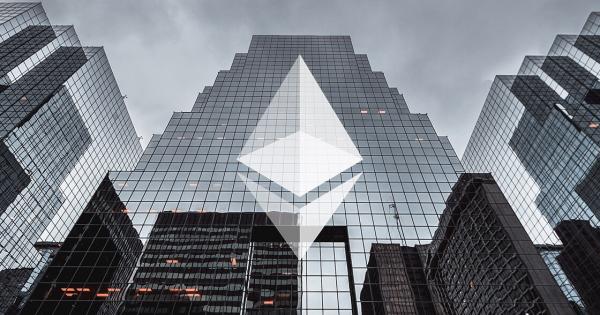 The chairman of the U.S. Commodities and Futures Trading Commission (CTFC) gave verbal confirmation that Ether is a commodity and that he expects an Ethereum futures contract will soon be launched in the United States, as reported by Yahoo Finance.

Speaking at Yahoo Finance’s annual All Markets conference in New York, Chairman Heath Talbert emphasized that his statement reflected the views of the CTFC, the independent regulator that governs the U.S. futures and options markets, and that it was in line with the views of the CTFC’s counterpart, the Securities and Exchange Commission (SEC), who in June 2018 declared Bitcoin and Ether as having non-security status.

The long road to ETH futures

Talbert’s statement seems to come as the CTFC’s ultimate judgement. In May, a senior official revealed the regulator was feeling “comfortable” with the notion of an Ethereum futures contract trading on U.S. markets but failed to give an official ruling.

Ethereum proponents have traditionally anticipated that a regulated futures offering would legitimize Ether as an asset and inject additional institutional capital. Such a scenario would be similar to how CME’s BTC contract evidently increased trading demand for Bitcoin since its launch in December 2017.

Yet the world’s first regulated ETH futures contract, launched in May 2018 by London-based Crypto Facilities (now owned by U.S. crypto exchange Kraken), has had little traction with institutional and retail investors, averaging less than $1 million volume a day this month.


With the blessing of the CTFC, however, U.S. institutions have now been given regulatory clarity over Ether’s legal status, and one of the United States’ many heavyweight commodities houses may be drawn into offering a cash-settled futures contract for Ethereum—a development that would inevitably push the cryptocurrency further toward market maturity.