DapperLabs, the company that created the popular CryptoKitties Ethereum collectibles game, announced the launch of its new blockchain platform—Flow. 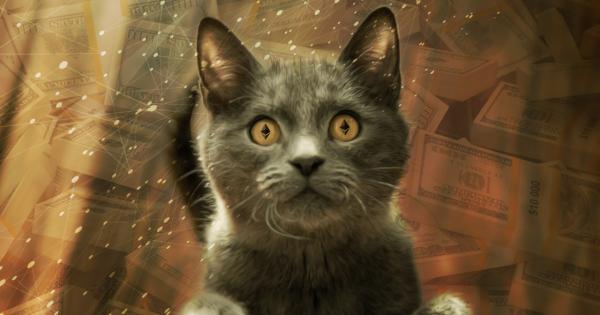 DapperLabs, the company that created the popular CryptoKitties Ethereum collectibles game, announced the launch of its new blockchain platform—Flow. The company secured $11 million in funding from Warner, Andreessen Horowitz, and Venrock to create a developer-friendly blockchain.

The creators of one of the most successful blockchain games in the world, DapperLabs, announced that they will be launching their own native blockchain platform. The company behind CryptoKitties shared the news in Sep. 12 Medium post, saying they were searching for a solution to other blockchains’ problem of scalability since 2017.

“After almost two years of research, we’re excited to share Flow with the world,” Roham Gharegozlou, CEO of Dapper Labs, said in a statement.

The company’s blockchain, called Flow, was designed to be a developer-friendly platform and be able to support “entire ecosystems of apps, games, and digital assets that power them.”

DapperLabs was able to create Flow thanks to the $11 million it raised in its latest round of financing. According to the official announcement, the company was backed by the leading players in both crypto and entertainment industries. Backers included Andreessen Horowitz’s a16z crypto fund, Accomplice, Warner Music Group, Venrock, CoinFund, and others.

DapperLabs said that Flow was designed to meet mainstream developer and consumer expectations. It managed to reduce “redundant effort” and increase the network’s efficiency by shirking proof-of-work, a protocol used by many cryptocurrency networks, including Bitcoin.

Instead, Flow is a proof-of-stake blockchain, which allows for better energy usage and easier scalability.

Gharegozlou said that Flow was designed with the entertainment industry in mind, explaining that it can be used by artists to issue their own crypto tokens or games to reward users.

5/ Flow is designed as a world entertainment network, bringing the first billion people to decentralized ecosystems through apps, games, and digital assets that power them.

This is the premise that attracted some of the biggest players in the entertainment industry—Warner Music Group and Ubisoft.

While Forbes reported that Warner contributed less than $1 million to the round, the sheer size of Warner’s audience makes this one of the most important crossovers between traditional media companies and blockchain. Flow is the first blockchain investment the entertainment giant made but could prove to be monumental. Warner is reportedly looking into how cryptocurrencies could be used to tip artists.

7/ The journey to bridge the gap between the mainstream and the rest of the decentralized ecosystem starts now. We’re really excited for you to be part of it! ?https://t.co/nFbTO4di9m

However, Flow could come across serious regulatory setbacks if not careful with the way they structure their tokens. For now, DapperLabs hasn’t released any information on whether their tokens would be viewed as securities or as cryptocurrencies.

Gharehozlou told Forbes that the only people informed of these details are accredited investors under securities law exemptions.

CryptoKitties is a game centered around breedable, collectible, and oh-so-adorable creatures we call CryptoKitties! Each cat is one-of-a-kind and 100% owned by you; it cannot be replicated, taken away, or destroyed.. Learn More