Despite the cryptocurrency market slowdown and regulatory uncertainty in 2018, cryptocurrency- and blockchain-related jobs and roles have increased significantly, indicating clear interest and considerable demand in the sector. 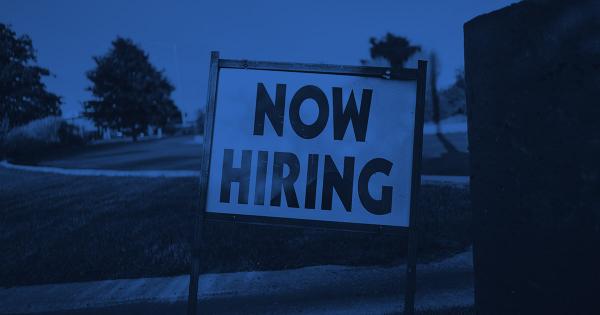 Despite the cryptocurrency market slowdown and regulatory uncertainty in 2018, cryptocurrency- and blockchain-related jobs and roles have increased significantly, indicating clear interest and considerable demand in the sector.

As per data collated by job portal Glassdoor, traditional companies have ramped up hiring for blockchain and blockchain associated jobs. The company researched millions of jobs to find 1,775 openings in the U.S. alone – a 300 percent increase compared to 2017. Glassdoor searched for “Bitcoin,” “cryptocurrency,” and “blockchain” word strings to calculate their results.

For blockchain-related roles, the median salary is $84,884 per year; $32,423 more than the U.S. median. Most jobs were found to be technical, such as engineering or product management positions, over traditional finance jobs like analysts and traders. Results for software engineers comprised 19 percent of all positions, followed by more specialized roles like front-end engineer to technology architect.

Most jobs in the U.S. were located in financial and tech capitals such as New York City and San Francisco. Together, the two cities commanded 24 percent and 21 percent of all jobs, with San Jose (6 percent), Chicago (4 percent) and Seattle (4 percent), making the top five. The trend continues in international locations as well, with financial hubs of London, Singapore, and Hong Kong, listing the most jobs for blockchain-related roles.

Engineering roles make up for 55 percent of all job openings, suggesting a massive demand for skilled workers who can advance the blockchain sector.

Regarding vacancies, Ethereum incubator ConsenSys Labs has over 200 jobs available despite having less than a thousand employees. Exchanges Coinbase and Kraken have 63 and 37 openings each, while crypto PR firm Wachsman has 15 positions available.

Financial and tech giants like J.P. Morgan, Oracle, and Accenture feature on the list as well, with 17, 37, and 26 open positions respectively. However, of all traditional companies, IBM tops the list of vacancies and is tied with ConsenSys per its 214 job openings.

The blockchain and cryptocurrency sector is beginning to attract substantial interest from venture capitalists, major corporations and high-net-worth individuals looking to capitalize on the trend. Such interest leads to the growth of jobs, economy, and industry.

While the most common applications of blockchain are related to cryptocurrencies, the former’s ethos has appealed to enthusiasts of privacy and democratic technology. Interestingly, the sector’s professionalism has grown with the price increase in Bitcoin and other cryptocurrencies, with blockchain companies boasting fancy offices and work cultures in premium locations.