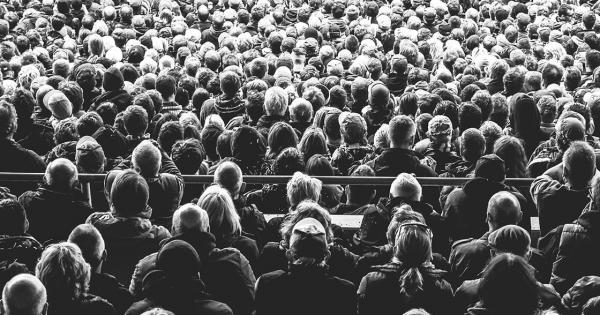 Photo by davide ragusa on Unsplash

Crypto enthusiasts are flocking digital currency-focused forums across the globe according to data from community- building site Meetup.com.

Bitcoin Meetups Most Prominent in the U.S.

Bitcoin groups unsurprisingly outnumber all other crypto-meetups, but steady growth in the number of Ethereum, Bitcoin Cash, and EOS indicates crypto-communities are moving towards offline methods of community building.

In a sector which has historically been an anonymous, internet-centered affair; data from Meetup.com and blockchain analytics site Longhash represents how crypto-communities have evolved over the years.

As of Oct. 14, 2018, there are 5,568 Bitcoin meetups held worldwide with approximately 1.65 million members registered. Local communities are most abundant in tech-centric areas like Palo Alto and Mountain View; the former boasts of the world’s largest Bitcoin meetup with 35,000 members and the latter finishes second with 15,400 members.

Interestingly, no European city makes an appearance, while Indian I.T. hub Bangalore is the only Asian city on the top-ten list with 6,400 members, while other top cities include New York, San Francisco, and Toronto.

Amsterdam, Paris, and Zurich feature on the top-20 Bitcoin meetup places, with the Dutch capital hosting 6,333 “bitcoiners” for its Bitcoin Wednesday events. However, the turnouts are proportionate to the population density of these cities – Amsterdam’s Bitcoin group makes up 0.7 percent of the city’s total population – compared to considerably larger demographics in U.S. technology hubs.

Some Bitcoin meetups have been around longer than Ethereum. Belgium-based Cryptocurrencies & Decentralized Innovation started in 2013, while Tokyo’s Bitcoin Meetup has been around since August 2011.

The Rise of Altcoins and Smart Contracts

Other cryptocurrencies are experiencing a similar story, regarding meetup groups forming around the world.

In terms of group interest per cryptocurrency, EOS emerges at the top with one event per 338 registrants. Bitcoin and Ethereum follow with 296, and 284 registrants per event and Bitcoin Cash finishes last with only 113 people.

2013 saw Bitcoin explode regarding community interest, while 2015 saw Blockchain, Ethereum, and the emergence of “Trade Bitcoin” forum seekers. After a drastic fall in the three keywords in 2016, the following year saw a myriad of cryptocurrency terms come up for the first time, such as ICOs and smart contracts. The trend is seemingly mostly unchanged for 2018, and won’t likely see a significant difference at the year’s end.

Interest and public awareness for smart contracts prove that blockchain technology entered technology circles over investing pundits only last year, evidenced by the increased demand meetups and events to exchange information about the disruption.

Meanwhile, critics argue meetup listings are not indicative of a coin’s popularity. For some, Google trends is a better indicator of public demand, as most meetup registrants may be regulars, divided between groups to debate, or never attend a meetup.

I'd argue that Google Search Trends give you a better/broader picture, whereas participation in meetups might represent subset interests (ex: ETH devs vs BTC HODLers). pic.twitter.com/KhE2rHdyvX

Counting the members isn't a great technique, eg Tokyo Bitcoin Meetup has 2,985 members, but the actual attendance last night, including the co-organizer (me), was 2.

In 2017, regional publication Sacramento Bee had a revealing experience with a Bitcoin Meetup at the Sacramento Hacker Center. Reporters stated half the attendees were called out as “noobs” based on their understanding of Bitcoin and blockchain technology. Most attendees were investors looking to make a quick buck and focussed more on bitcoin’s volatility when questioned about the issues the pioneer cryptocurrency faces.