In what is being perceived as a landmark judgment, a Dutch court has recently ruled in favor of an applicant who was owed 0.591 BTC by a private company about a crypto mining dispute. 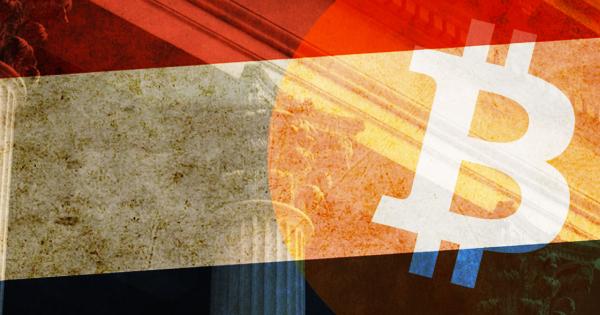 In what is being perceived as a landmark judgment, a Dutch court has recently ruled in favor of an applicant who was owed 0.591 BTC by a private company about a crypto mining dispute.

In keeping with the ruling, the court stated that Bitcoin meets all of the criteria that allow classification under the “properties of wealth” umbrella.

As a result, any claims to transfer the digital currency under existing property rights are now deemed valid and legitimate.

The origins of this dispute traced back to a claim filed by Mr. J.W. de Vries in February against Koinz Trading BV—  a crypto mining firm. In his application, de Vries explicitly stated that the company owed him a total sum of 0.591 BTC as a result of an earlier agreement.

“Bitcoin exists, according to the court, from a unique, digitally encrypted series of numbers and letters stored on the hard drive of the right-holder’s computer. Bitcoin is ‘delivered’ by sending bitcoins from one wallet to another wallet. Bitcoins are stand-alone value files, which are delivered directly to the payee by the payer in the event of a payment. It follows that a Bitcoin represents a value and is transferable. In the court’s view, it thus shows characteristics of a property right. A claim for payment in Bitcoin is, therefore, to be regarded as a claim that qualifies for verification.”

A lower court had initially directed Koinz Trading to either pay the petitioner the owed sum or face a penalty of up to €10,000. But since the company refused to comply, they now face the possibility of being declared insolvent.

The nitty-gritty of the case

From a more technical perspective, the court ruling found an undisputed contract to have been established between the company and de Vries. Since the agreement was facilitated via Bitcoin, the private firm is now legally required to pay back the petitioner using the same.

Taking into account articles 1, 2, 4, 6 and 14 of the Bankruptcy Act, the court qualified the judgment as falling under the “civil obligation to pay” act.

The judge also added that:

“From the documents submitted by the applicant, it appears that several persons have claims on the vested party that see the payment of Bitcoin or on claims for non-fulfilment of obligations under an agreement, with penalties attached in some cases.”

With the passing of this judgment, it is now apparent that governments all across the globe recognize the potential use of digital assets in contractual agreements.

While a lot still has to be done to make alt-currency adoption easier, this ruling sets a precedent which now needs to be followed by other nations. With assets like Bitcoin currently being treated at par with fiat currencies, things are certainly looking up for the crypto community at large.