Ethereum has been the leading smart contract blockchain of the past few years without a doubt: its decentralized applications currently have tens of thousands of daily active users, which have siphoned over $10 billion worth of cryptocurrency into these apps. 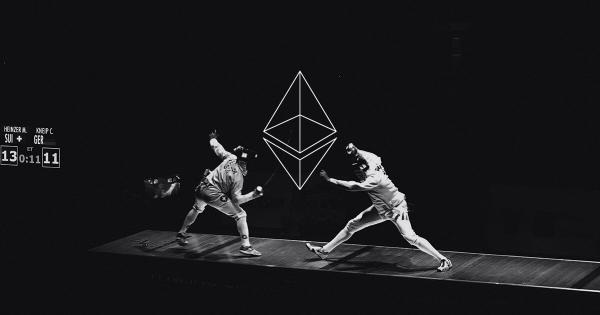 Ethereum has been the leading smart contract blockchain of the past few years without a doubt: its decentralized applications currently have tens of thousands of daily active users, which have siphoned over $10 billion worth of cryptocurrency into these apps.

Many commentators have asserted that considering these trends, Ethereum is likely to be the only relevant blockchain moving forward.

As reported by CryptoSlate, Eric Conner, an Ethereum developer focused on Gnosis, went as far as to say that $50 billion worth of value may get siphoned into Ethereum apps and ETH itself from “ghost chains”:

“The ghost chain reckoning is coming. There is well over $50bn in market cap value for chains no one uses. They will all be usurped by DeFi apps with actual use by the end of this market cycle.”

But, not everyone has this view: a prominent ETH bull that thinks the asset will hit a $1 trillion market capitalization in the coming years thinks it’s right to believe that Ethereum will have competitors.

Ethereum will have competitors

Earlier this year, Chris Burniske, partner at Placeholder Capital, made a controversial comment when he said that Ethereum is likely to race Bitcoin to a $1 trillion market capitalization.

His sentiment was backed up by trends in DeFi and in investor psychology as he argued that FOMO from retail and an uptick in usage of Ethereum’s on-chain economies would drive the asset much higher than its current price.

Despite his belief in Ethereum, Burniske recently admitted that Ethereum won’t be the only smart contract blockchain to gain traction:

“As much as I love #Ethereum, crypto innovation will not be constrained to $ETH, just as it wasn’t constrained to $BTC. For the quality SC protocols, on the horizon is a period of massive growth, alongside #Ethereum’s own scaling journey.”

Burniske thinks other blockchains will gain steam because of high gas fees and long transaction times currently seen on Ethereum, and the potential for scaling solutions to fail to solve all issues:

“#Ethereum’s #DeFi boom, and the current #NFT craze, are fueling the need for other SC protocols to take some of the load. As much as high gas fees signal the value of Ethereum, they also signal the need for things other than Ethereum. Layer-2s + 2.0 won’t fix this entirely.”

As to which blockchains will gain traction, Burniske did not mention particular names. But, Placeholder does have investments in Polkadot and other blockchain networks and applications that may take the stress off the main Ethereum blockchain.

He added that there will be at least five major innovation environments for the crypto ecosystem in 2021.