As evidenced by various interviews, Twitter comments, and data sets, institutions have finally started to enter the cryptocurrency market en-masse. 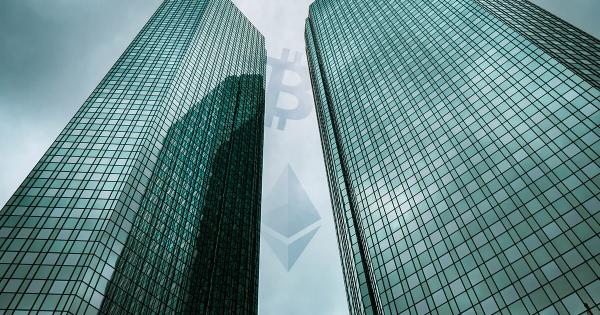 Photo by Beau Swierstra on Unsplash

But an analyst expects institutional players to expand their horizons to include top altcoins in the future, citing data from exchange Coinbase regarding the behavior of investors.

Institutions could leap to altcoins after dabbling in Bitcoin

In a blog post published on May 13, leading cryptocurrency exchange Coinbase indicated that while Bitcoin is by far the most popular digital asset on the platform, it acts as a sort of “gateway drug” to altcoins.

Their data found that out of all the accounts registered in 2019-2020, “with at least 5 purchases on Coinbase.com,” a mere 24 percent stick exclusively with investing in Bitcoin, while the rest “eventually buy other assets” — or altcoins.

According to Messari’s Ryan Watkins, the propensity that Coinbase users have to migrate to altcoins over time rather than sticking with Bitcoin might be reflected in institutions “over time”:

“Bitcoin is by far the leading cryptoasset and perhaps the most important, but Coinbase customer data shows that new users generally begin to look for alternative assets and use cases. […] I imagine institutions will behave similarly over time.”

Ethereum seems to be the most obvious bet after Bitcoin, especially since it just got its first U.S.-regulated futures contract and since the project is being supported by companies like Reddit, IBM, and more.

While there are already some institutions delving into altcoins, as evidenced by Grayscale’s Q1 2020 investment report that signaled enormous hedge fund support for Ethereum, institutional players themselves have said that Bitcoin is the best bet when it comes to cryptocurrencies.

After all, aside from Ethereum and Tether’s USDT, it is the only liquid cryptocurrency, especially when you’re talking about institutional players that trade millions.

While he did not directly bash altcoins, he made it clear that the reason why he chose Bitcoin as an alternative investment over, say, Ethereum is that the original cryptocurrency has the characteristic of “quintessential” scarcity that is hard to replicate in other assets — let alone other cryptocurrencies.

This thought process has been echoed by investors like Raoul Pal — a former Goldman Sachs executive and the current chief executive of Real Vision.

The Wall Street veteran indicated in a number of interviews that if you truly believe cryptocurrency is the future, Bitcoin is automatically the most reliable bet, with Pal branding BTC the “call option” on a decentralized and digital economy.

These three assets are dominating the crypto market’s trading volume

Throughout the past year, traders, users, and investors appear to have been driven primarily to three digital assets, which now account for 90 percent of the trading volume seen amongst the top ten cryptos.