BlockFi, one of the leading crypto lenders, raised the mammoth amount in a recent Series D round. 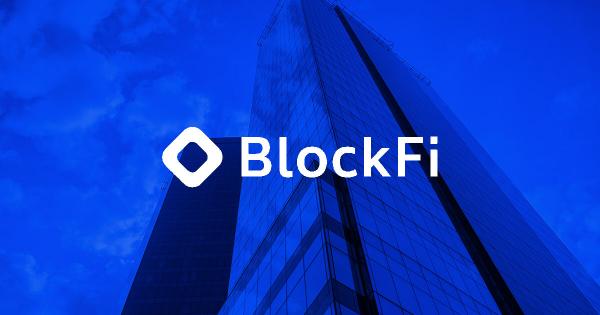 Photo by Viktor Jakovlev on Unsplash

BlockFi, one of the leading crypto lenders, raised the mammoth amount in a recent Series D round.

Crypto lender BlockFi has raised over $350 million in a Series D round and is now valued at over $3 billion, the firm said in a release today. The firm is one of the few reputed ‘CeFi’ firms that allow people to earn a yield on their cryptocurrencies—6% on Bitcoin and over 8.6% on stablecoins.

We're thrilled to have @baincapvc lead our Series D investment round. Read about how we're bringing crypto to the masses, written by Partner @stefancoh:https://t.co/W6bazuUCcc

Founded in August 2017, BlockFi is a secured non-bank lender that offers USD loans to cryptocurrency owners who further collateralize the loan with their crypto-assets. Its products bring additional liquidity to the blockchain sector and are helpful to both individuals and institutions holding cryptocurrencies.

The firm operates its own institutional lending service and provides trade execution services to institutions participating in crypto markets.

“In less than six months since we completed our Series C, Bitcoin and other digital assets have assumed a central role in many investors’ portfolios and in broader financial markets,” said Zac Prince in a statement to TechCrunch. He added:

“Our conviction that digital assets are the future of finance has been vindicated by our client base, which grew 10 times year over year in 2020 and has more than doubled since the end of 2020.”

The firm has now raised over $450 million over four rounds, with $100 million raised over its seed and Series C rounds. The firm holds clients’ Bitcoin and Ethereum with a registered custodian and issues loans in USD to their bank accounts. And while it scored a sweet $350 million today—the amount is a big jump from a $50 million raise only last year in August.

So why the big check? As per data provided in a release, BlockFi has seen its customer base grow from under 10,000 to more than 225,000 in just two years, boasting over 265,000 funded retail clients and over 200 institutional clients as of today.

Its total lendings have exceeded $10 billion, spread over retail, corporate and institutional clients. Meanwhile, the firm has increased its assets under management from $1 billion last year to $15 billion—with a 0% loss rate across its lending portfolio since inception. Its revenue has, as a result, increased up over $50 million per month.