A Californian startup is teaming up with crypto artists to offset 1 million kgs of carbon, or 5,000 times the footprint of an NFT. 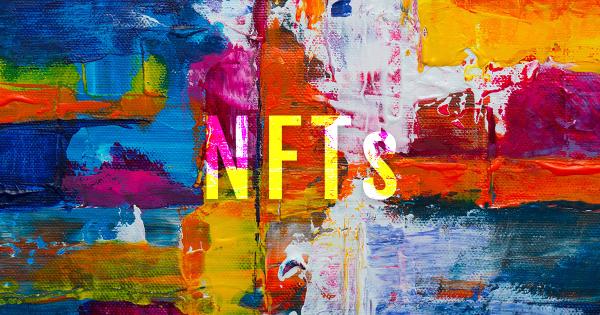 Californian startup Hitch is collaborating with South African artist Daniella Attfield to create a unique non-fungible token (NFT) art piece that benefits the climate, it said in a release shared with CryptoSlate.

“Mining cryptocurrency creates a tremendous amount of energy and NFTs use much less— which is why using carbon credits for any art piece should be a requirement, not the exception,” Hitch founder Sky Gilbar said in a statement.

The move comes on the back of several sustainable brands collaborating with crypto artists to fund large investments in climate projects that offset thousands of times more carbon than is used by an NFT amidst concerns of their climate impact.

NFTs, for the uninitiated, are blockchain-based representations of tangible or non-tangible objects that prove their holder is the true owner of whatever the underlying asset is. NFTs can range from crypto collectibles to digital art, to real estate and fantastical virtual lands.

The piece, launching on SuperRare on April 22, offsets 1,000 metric tons, or 1,000,000 kgs, of CO2, through investment in two carbon sequestration projects, the Bull Run Forest Carbon Project in Belize, which protects nearly 5,000 hectares of endangered forest, and the funding large scale tree planting efforts in Madagascar via Eden Reforestation Projects.

“The net positive climate investment here is so large that it’s also equivalent to the carbon footprint of the average citizen in an industrialized country for their entire life,” shared Gilbar.

“This is part of a larger trend of crypto artists using their art to fund larger investments in climate action well beyond the offset of the NFT itself.”

Concerns and a falling trend

The development comes amidst growing concerns about the environmental impact of NFTs.

Most NFTs are issued on proof-of-work (PoW) blockchains, which rely on entities called ‘miners’ who build massive computing rigs to validate transactions on and maintain PoW blockchains.

As a result of their energy requirements, PoW blockchains such as Bitcoin and Ethereum, and NFTs as an extension, have seen their share of bad press in the past few months.

The staggering amount of electricity it can take to support a single NFT sale, it’s like, more than my home uses in a year https://t.co/kG1RZPp2bF

The $25 billion subsector saw rapid growth last year, attracting basketball teams, celebrities, and rappers who issued their own NFTs for fans (arguably for making a quick buck and not as an effort to proliferate cryptocurrencies).

Still, the cracks are beginning. As CryptoSlate reported earlier this week, NFT sales fell nearly 40% last week as the broader market took a fall. And while the average NFT selling for thousands of dollars, who’s to blame for the decline anyway?