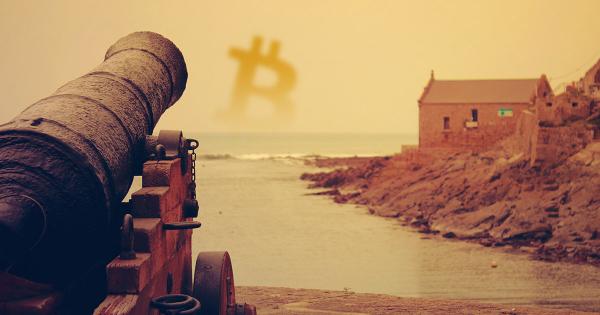 Craig Wright has taken his war against Bitcoin quite seriously, as the controversial nChain scientist could have around 6000 patents on blockchain technology in the next few years. He claims he currently has already been granted between 100 and 200 patents, while nChain’s chairman Jimmy Nguyen said the company currently has around 800 pending applications.

Craig Wright, the self-proclaimed Satoshi Nakamoto, has taken his war against Bitcoin to the next level. Not only is the controversial nChain scientist claiming he created the world’s first cryptocurrency, but he is now also looking to monetize other key parts of blockchain technology.

In an interview with Micky, Wright revealed his outrageous patent strategy, saying that nChain aims to eventually hold around 6000 patents in blockchain technology. The BSV proponent claimed that he has already been granted between 100 and 200 patents by various institutions around the world.

His aggressive pursuit of more patents is part of his attempt to gain more control over future Bitcoin forks and other cryptocurrencies built on existing technology. He said in the interview:

“Basically it came down to if I want to actually … try and stop all the splits, forks and altcoin scams that are popping up pretending to be blockchains, then the only way I could really think to do it was to start patenting.”

Wright revealed that apart from preventing more Bitcoin ripoffs from being created, he also plans on monetizing certain patents.

Conflicting information about patents held by Wright and nChain

Not one to shy away from controversy, Wright shared a lot of conflicting information about his patents. He told Micky that he held patents on both electronic data interchange (EDI) in blockchain, as well as “all this other stuff.”

Apart from the 100 to 200 patents he already has, he currently has 1450 papers lodged. It’s unclear whether or not any of those patents have been filed.

According to Jimmy Nguyen, the chairman of nChain and the company’s former intellectual property lawyer, the company currently has around 800 applications, some of which are pending. When it comes to patents being approved, he said that his “rough estimate” was that only about 50 percent of them have actually been granted.

Even though Nguyen no longer manages nChain’s portfolio, he confirmed that one of the patents is “related to the Lightning Network.” When asked whether or not nChain plans on taking any legal action against BTC or BCH, he was reluctant to give a straight answer. What he did say, though, shows that the crypto industry could see a very large and very confusing legal battle.

“I’m not going to comment on that now. But I would also say that as a former IP lawyer that copyright registrations give you certain rights and if and when the time is appropriate to exercise those rights, they will be exercised.”

Wright has also hinted at potential legal action. He told the publication that copyrighting and “publishing” the Bitcoin whitepaper last year has set “a clock ticking.” Now that the whitepaper has been published in his name and copyright on the document has been granted, Wright said he can take “enforcement action.”

When asked what the action will be and whether it will be against Bitcoin and its developers, he said we’ll have to wait and see.