The network is scalable, Ethereum-compatible, and optimized for DeFi. The network will also be bridged to Ethereum, Bitcoin, and other networks such as Compound Gateway, for which Acala received an inaugural grant from Compound. Acala is building hybrid crypto and fintech products with US fintech company, Current, to bring DeFi yield to Current’s three million U.S customers. You can try Acala’s Apps on testnet today.

The decentralized network is governed entirely by Acala Token (ACA), which also servers as the utility token for operating the network.

Acala was founded in Oct 2019, and today has received five Web3 Foundation grants, has backing from Coinbase Ventures, Pantera Capital, Polychain Capital, and other top firms, and has a distributed team in New Zealand, China, Europe, South America, and the United States. 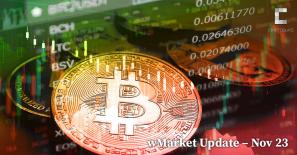 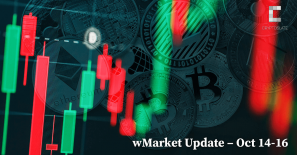 The wMarket Update condenses the most important price movements in the crypto markets, published 08:00 UTC on weekdays.

All images, branding and wording is copyright of Acala Token. All content on this page is used for informational purposes only. CryptoSlate has no affiliation or relationship with the coins, projects or people mentioned on this page. Data is provided by CoinMarketCap, Coinpaprika and TradingView.