The lawsuits are currently before Federal courts, where the judges have rejected the exchange's move to send the cases into arbitration. 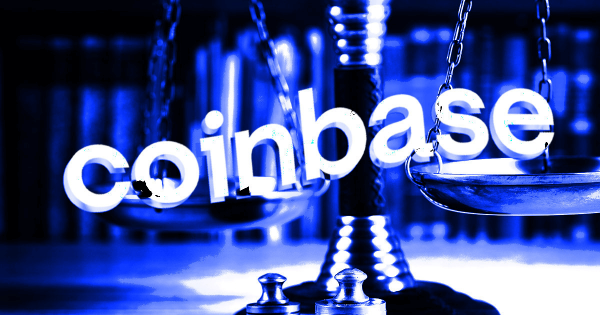 Coinbase wants the US Supreme Court to stop two lawsuits against it — which it considers “frivolous” — to allow room for arbitration, Bloomberg News reported on August 3.

The two lawsuits are currently before Federal courts, where the judges have rejected the exchange’s move to send the cases into arbitration.

Coinbase plans to appeal this decision, claiming that its user agreement requires arbitration first. But it wants the Supreme Court to halt the cases while pursuing the appeal.

According to the crypto fir, all court proceedings should automatically stop when one of the parties appeals to refer the case to arbitration.

The decision of the Supreme Court and the eventual result of the appeal could seriously impact the status of arbitration clauses in the firm’s users’ agreement.

According to the complainant, the exchange did not provide enough disclosures that users who did not trade could also participate in the event.

On the other hand, Abraham Bielski is suing the company for not providing enough assistance when he lost $31,000 because a scammer gained access to his Coinbase account.

He accused the company of violating the Electronic Funds Transfer Act and Regulations.

Both complainants seek to turn the cases into class action suits which the company wants to avoid.

Meanwhile, Coinbase is under investigation by the Securities and Exchange Commission (SEC) over listing unregistered securities. The crypto exchange has vehemently denied this allegation.