Two of the largest cryptocurrency exchanges in the world,  Coinbase and Bitfinex, have simultaneously announced their support of Segregated Witness (SegWit) protocols. 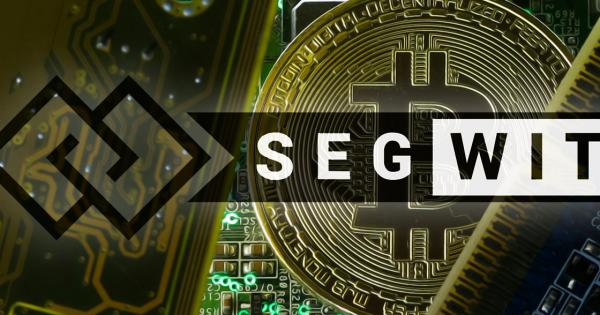 Two of the largest cryptocurrency exchanges in the world,  Coinbase and Bitfinex, have simultaneously announced their support of Segregated Witness (SegWit) protocols. The launch promises Bitcoin investors faster transaction times and lower transactions fees, which have recently dropped from over $35 to less than $1.

Bitfinex noted in the announcement that SegWit is now implemented for Bitcoin only, and not for Bitcoin Cash. This is an important distinction, as any Bitcoin Cash sent to a Bitfinex SegWit address will be lost. The Bitfinex platform processes more than $1 billion in daily trading volume, and is one of the largest exchanges by volume online.

Bitfinex CEO Paolo Ardoino released a statement on the implementation:

“SegWit provides not only an immediate benefit for users, but also a foundation for future Bitcoin development. By supporting SegWit addresses, Bitfinex is tackling three of the biggest crypto-enthusiast concerns: transaction fees, transaction speed, and total network capacity.”

Coinbase has not yet completed the rollout of SegWit, announcing a phased implementation over the next week with a 100% launch finalized by the end of February:

Our engineering team has finished testing of SegWit for Bitcoin on Coinbase.

We will be starting a phased launch to customers over the next few days and are targeting a 100% launch to all customers by mid next week.

Bitcoin Cash, a “hard fork” of the Bitcoin blockchain, was created on August 1, 2017, and was designed to solve the scalability problem by increasing the block size to 8 MB, thereby speeding up transaction processing rates and lowering fees.

The SegWit solution, however, is more of a “hack” than a complete solution to the issue. SegWit works around block size by splitting a transaction into two segments—appending signature, or “witness” data from the original transaction and attaching it.

An End to High Transaction Fees

Bitfinex and Coinbase, together with Coinbase’s GDAX exchange, account for almost 10% of all international Bitcoin trades, with both platforms ranked in the top 10 exchanges worldwide. Although many wallet solutions already support SegWit, the integration of the solution by two of the biggest industry players is likely to spark increased adoption of the workaround.

The announcements follow the release of the latest major Bitcoin Core Client update, which includes, for the first time, full SegWit support. SegWit adoption isn’t the only factor driving down Bitcoin transaction costs, however. A reduction in user activity has recently seen Bitcoin transaction fees drop significantly from over $35 to under $1.