The blanket crypto ban has had the knock-on effect of popularizing DEXs in China. 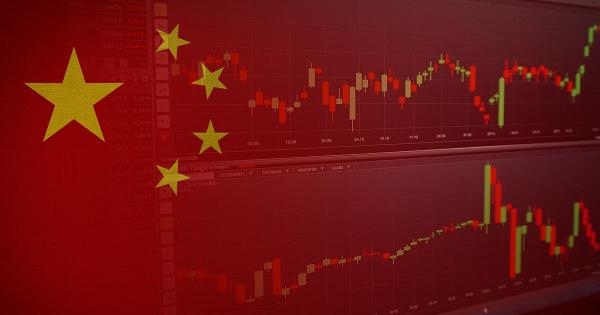 According to FT, some Chinese investors are defying China’s crypto ban by turning to decentralized exchanges (DEXs).

Rather than accept notices of account closure from centralized exchanges (CEXs), diehard investors are looking at DEXs to continue trading crypto.

What’s more, as pointed out by some, authorities cannot stop DEXs and DeFi when the protocols are designed to facilitate interaction without a centralized intermediary.

“How can authorities stop me when the industry has developed to evade centralised control?”

Given that users will circumvent barriers placed before them, this situation rehashes the debate on whether crypto bans are worth implementing in the first place.

Following May’s clampdown by Chinese authorities, the crypto industry has been in limbo.

However, since then, the U.S has shot to the top spot as the favored destination for miners, and a recovering Bitcoin price suggests the worst is behind us.

Chinese authorities say the blanket ban was necessary to protect the environment from harmful emissions and end wasteful energy practices. They also draw links between cryptocurrencies and financial fraud, and terrorism.

However, others speculate that the motivation behind the ban was to promote the incoming digital yuan. By killing the competition, China’s digital currency has greater scope for adoption.

Either way, as demonstrated by China’s ban of fiat-to-crypto exchanges in 2018, investors will find a way to circumvent issues.

Some say Tether’s domination of the stablecoin market is mainly due to Chinese investors using USDT and over-the-counter merchants to get around the fiat-to-crypto ban.

And so, with DEXs and P2P taking the place of CEXs, as a way to trade in China, have Chinese authorities scored their own goal in implementing a blanket ban?

Research by on-chain analysis firm Chainalysis shows that past actions by authorities have reduced crypto volume in China.

But, at the same time, China remains the most active crypto market in Asia, accounting for $256 billion in volume for the year to June 2021. Figures show that 49% of that came through trading on DeFi platforms, with Uniswap now the second biggest exchange in East Asia (by volume) as a result.

Deng Jianpeng, the Director of the Finance, Science and Technology Research Centre at the Central University of Finance and Economics in Beijing, said the latest ban had stopped new participants from entering the market. But, he adds, seasoned investors are not put off by the ban.

“But there will always be some people who will try to find new investment routes, like using an overseas platform or through decentralised exchanges.”

Over 20 crypto firms leave China because of ban