According to Chainplay's recent State of GameFi report, the majority of investors join crypto to profit from GameFi. 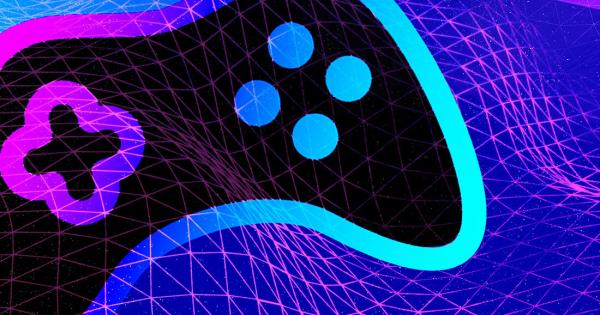 Chainplay’s recent report, the State of GameFi, revealed that 3 in 4 investors join crypto to profit from GameFi, and 68% of existing GameFi investors joined the market within the last year.

A total of 2428 GameFi investors from around the globe joined Chainplay’s survey. A majority of them (51%) said the primary motivation for joining GameFi is making a profit, while 43% of female respondents said they invest in GameFi out of curiosity.

On the other hand, GenZ appears as the most open to GameFi among all age groups. The survey reveals that GenZ investors allocate 52% of their net worth to GameFi projects. Almost all investors (81%) said they prioritized the fun factor over offering significant profits.

Even though GameFi plays a significant role in attracting investors to the field, the survey also reveals that the profit generated from GameFi has decreased in the last six months. While 89% of the participants admitted decreased profits, 62% said they lost more than half of their earnings from GameFi during the previous six months.

When the reasons for declining profits were asked of the participants, the majority (58%) of the respondents agreed that poor game economy design is the primary reason. Another 21% blamed the price decrease on the reward tokens, while 15% said that the blockchain gaming sector bubble has burst. Only 6% pointed to the declining Bitcoin performance due to the current winter market.

In addition to declining profits, the time investors spend on GameFi decreased compared to 2021. In 2022, the investors said they spent an average of 2.5 hours per day, 43% less than the 4.4 hours recorded in 2021.

Participating investors identified five reasons that prevent them from participating in GameFi. The survey revealed that the investors’ biggest turn-off was criminal activities like rug pulls and Ponzi schemes, as 73% pointed out.

Another 42% said that sometimes quests are too repetitive and more like a chore than a game, while 33% said that the gameplay process was boring altogether. More than a quarter (29%) blamed poor profitability, and another 28% said crappy graphics prevented investors’ desire to invest in GameFi.

Despite the declining profit and major investor turn-offs, survey participants could still identify four critical drivers for GameFi in 2022. Almost half (44%) said that the GameFi sector has grown because traditional gaming companies joined the field.

Another 28% said the appearance of AAA games pushed the sector upwards, while 15% and 13% said the growth of crypto and funding from institutions were the main reason, respectively.