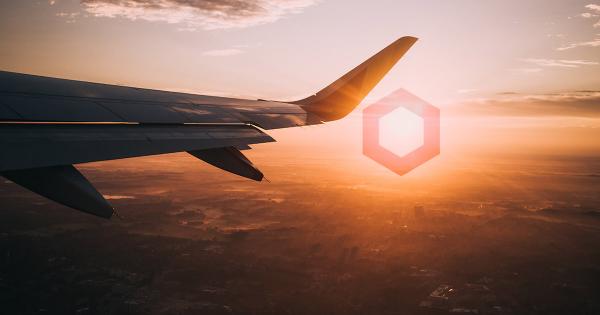 Photo by Nils Nedel on Unsplash

Chainlink’s price has flashed signs of intense strength in recent weeks, with each pullback being aggressively bought by bulls.

This pattern has allowed it to rally up to fresh all-time highs that were set early today, with the cryptocurrency now finding some stability as its price hovers just below these newly formed highs of $16.00.

LINK’s parabolic uptrend and unwavering strength doesn’t mean that it won’t face any turbulence in the near-term.

Multiple on-chain indicators are now revealing that selling pressure for the bullish crypto is mounting, with well over $100 million worth of LINK being moved to exchanges over the past few days.

This doesn’t indicate that its macro uptrend will stall, but it may signal that it is poised to see a short-term pullback.

Earlier today, Chainlink’s price witnessed a massive influx of buying pressure that sent it surging to highs of $16.00.

This movement came about after the token experienced a dip that caused it to plunge to its key near-term support at $12.00.

Buyers ardently guarded against a dip below this level, which ultimately allowed the crypto to post the strong upswing seen today.

This movement was also sparked in part by the rebounds seen by Bitcoin and the rest of the crypto market.

Despite being overtly bullish, the cryptocurrency’s MVRV indicator – which calculates the average profit or loss of certain holder groups – is showing signs that Chainlink is overvalued presently.

As seen in the above chart from Santiment, this metric is reaching historic highs. Typically, when it rallies this far, the token’s price starts incurring some downside momentum.

This movement has also come about as exchange wallets see massive inflows of Chainlink – which is a historically bearish sign that suggests a pullback is brewing.

Data from Santiment also reveals this trend, showing that deposit transaction into exchange wallets have been spiking in recent weeks. Surges of this magnitude typically precedes a pullback.

The analytics platform spoke about this in a recent blog post, noting that over $100 million worth of tokens were deposited into exchanges earlier this week – suggesting a massive influx of selling pressure could be imminent.

“Chainlink’s exchange metrics all seem to indicate mounting sell pressure over the past 48 hours, with over 100 million dollars worth of LINK moving to exchanges in a move oddly reminiscent of its previous price tops – both the one in 2019 and the one from a month ago.”

Despite not boding well for its short-term outlook, this doesn’t mean that its macro uptrend is anywhere near being over.