Blockchain agnostic platform Chainlink is on a roll. 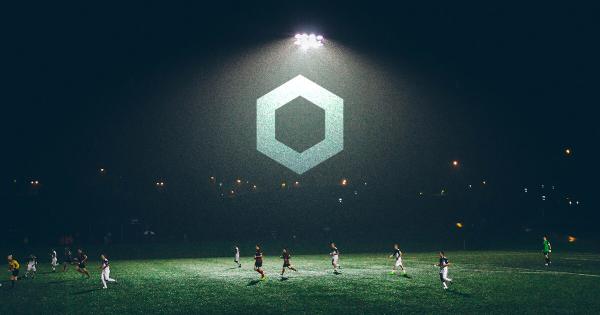 Blockchain agnostic platform Chainlink is on a roll. The eight-largest cryptocurrency by market cap was onboarded to the KardiaChain platform earlier today, the firms tweeted:

This is the latest in a long list of partnerships for Chainlink in 2020. Highlights include getting adopted by China’s Blockchain Service Network and being recognized as a tech pioneer by the World Economic Forum.

The partnership will allow dApp developers access to reliable, real-world data and traditional infrastructure in a highly secure and reliable manner.

Based in Hanoi and Ho Chi Minh City in Vietnam, KardiaChain is one of the few Vietnamese projects in the cryptocurrency market. The firm aims to build Vietnam’s leading unified blockchain ecosystem; focused on emerging use cases such as eSports, governance, and others.

The blog noted Chainlink’s oracle tools will be initially deployed to obtain sporting outcomes and statistics for our eSports Incentive Platform.

“This data allows us to reliably settle user-created prediction markets, such as determining who will get “first blood” in our ‘Arena of Valor — Lien Quan’ multiplayer game,” the firm noted.

With time, Chainlink will be used in KardiaChain’s broader DeFi capabilities, applications, real estate contracts, and various other enterprise and government focused projects.

Choosing Chainlink over others

KardiaChain said they zeroed down on Chainlink after exploring several solutions on the market. However, the latter was the “only oracle” providing developers with access to premium APIs and credentialed systems.

The above, in turn, allows the development of real-world applications in eSports and “across nearly all major markets.”

“[It] provides high availability and strong security guarantees that data will be delivered on time and maintain resistance to manipulation, allowing our users to trust the outcome of events.”

The above features were not found on any other solution, making Chainlink the recommended oracle provider for all KardiaChain developers. This saves both time and resources while averting large risks associated with native oracle solutions, the firm noted.

KardiaChain said the development is notable for the Vietnamese market. The oracle systems — used to handle and supply data worth millions on dApps —  can be implemented to create Vietnam-specific financial products that are priced in Vietnamese dong.

“This brings customized DeFi products to the Vietnamese market for the very first time,” the firm noted.

Youth Union members will download the app and be able to claim rewards from KardiaChain and the District 5: cool shoes, backpacks, hats and hundreds of phone cards exclusively.https://t.co/KN4HxfWeKC

“The ability to create real-world applications in eSport and DeFi via Chainlink brings us one step closer to our goal of becoming the leading blockchain in Vietnam and South East Asia.”

LINK trades at $8.25 at press time. As CryptoSlate reported this week, the token’s values were pushed to all-time highs after major developments set up bullish fundamentals for the platform.