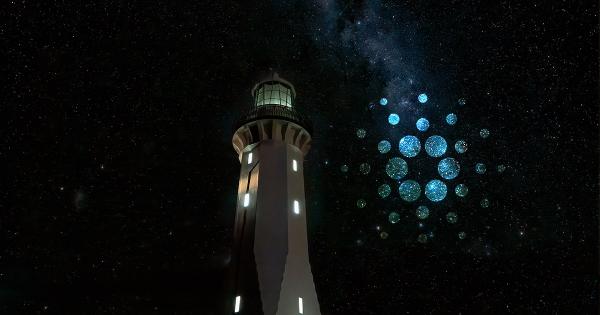 Charles Hoskinson, the CEO of IOHK, said that the company didn’t want to publish a final release date for the Shelley mainnet until all of the risks surrounding it were mitigated. In a video update, Hoskinson said that once the Byron reboot and the release of the Shelley Haskell testnet are completed the company will be able to confidently set a release safe for its staking era.

The release date for Shelley still not completely “de-risked”

Shelley, the era of the Cardano blockchain set to bring about staking, was supposed to be released on mainnet at the end of February. However, as the second month of the year has come and gone and Shelley remained in testnet mode, the question of when Cardano’s most important era will be released still remains.

Charles Hoskinson, the CEO of Cardano’s parent company IOHK, assured the community that it won’t be long before Shelley sees the light of day. In a Twitter video update, Hoskinson explained that while the infrastructure to release Shelley was all there, the company still wasn’t 100 percent sure about whether they’d be able to launch it smoothly.

“So rather than giving a date that could have a chance of being inaccurate (…) I wanted to wait for a few more milestones to be achieved,” he said.

Hoskinson also noted that the company is currently around 75 percent confident that it could release Shelley within the next two months. However, the 25 percent chance that the launch could go wrong was too high for the company to go through with announcing a concrete date.

Going through the updates and infrastructure necessary for Shelley

For Shelley to be released on mainnet, Cardano will have to go through two major milestones, Hoskinson explained. The first major update that needs to happen is the Byron reboot, which will see the Haskell wallet backend added into the new code. The process, according to Hoskinson, is currently in “deep QA” and is getting closer to finalizing the integration sometime in mid-March.

Parallel to the Byron reboot, the company will also continue working on releasing the Shelley Haskell testnet. The goal of the Haskell testnet will be to create an environment that will enable the mitigation from the Rust programming language to Haskell. This, Hoskinson said, will mean that all benefits from the Shelley Incentivized Testnet (ITN) will be implemented into its Haskell testnet as well.

The slow and steady development process means that no issues from the Shelley Incentivized Testnet will pour into the Haskell testnet.

Hoskinson assured those just getting started with the ITN that they will be given “ample time” to upgrade, as there are four more upgrades scheduled for the incentivized testnet before the end of March.

Apart from the delay of the mainnet release, everything else at Cardano is “on cadence” according to Hoskinson. The company has been having fewer issues with its Daedalus wallet, it successfully conducted the OBFT hard fork, and it has been discussing launching staking-as-a-service (SaaS) with various cryptocurrency exchanges. The software for Ledger hardware wallets will also be updated soon and will feature support for multisig and cold staking.

In line with its educational efforts, IOHK will also be updating both the Cardano documents and the official Cardano website, which will be redone to contain ample information about the network and its components, Hoskinson said.

The Cardano (ADA) network has seen its network activity steadily rise this year, with metrics such as the number of daily active addresses, the total number of addresses, and the number of transactions all going up.