IOHK’s product managers have said that the Shelley Incentivized Testnet (ITN) has been a huge success, with over 1000 stake pools created and 38 percent of the ada (ADA) supply delegated. 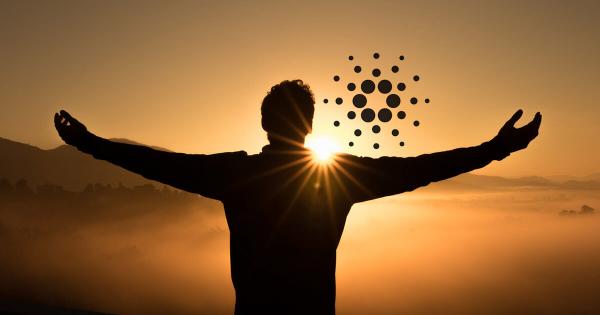 IOHK’s product managers have said that the Shelley Incentivized Testnet (ITN) has been a huge success, with over 1000 stake pools created and 38 percent of the ada (ADA) supply delegated. The recently implemented Byron reboot has laid the foundation for the mainnet deployment of Shelley, as it will help solve the problems with the network’s performance and reliability.

Last week, the product management team of IOHK gave the first of their many scheduled monthly updates on the current progress of Cardano. The update, part of IOHK’s larger effort to bring more transparency to the process of developing the network, went over the latest changes brought on by IOHK and the impact they will have on future adjustments.

Aparna Jue, the product director of Cardano, said that the Shelley Incentivized Testnet (ITN) was a great showcase of a community-based feedback loop. The product managers, Jue explained, use the feedback and engagement they get to answer important questions regarding the development of the network.

Dynal Patel, the product manager of the ITN, said that the testnet exceeded everyone’s expectations with over 1000 stake pools on chain with 17,000 people delegating 38 percent of the entire ADA supply.

However, that isn’t to say that there aren’t things to improve. Patel said that stake pool operators wanted an economic model that made sense for them, as well as all of the information regarding the testnet gathered in one place. Apart from that, IOHK was also looking into introducing communications methods between stake pool operators, ways to promote individual stake pools, and stopping bad behavior on the network.

All of the work currently being done on the ITN will pave the way for the Shelley mainnet release. However, none of it would be possible were it not for the Byron reboot, which has set the foundation for the release of Cardano’s staking era.

According to Jue, Byron, the current era Cardano is in, is the innermost layer of Cardano based on fundamentals, performance reliability, and sync times. The reboot, which introduced a better, evidence-based technology model, is crucial for Shelley because around 80 percent of its code is actually Byron code.

Jue said that properties-based testing for Shelley has already been done, with the next level being integration testing and quality assurance. Once all of the Shelley features are systematically tested, IOHK will open the testnet up to the world and allow general users to come and try it out.

Within the next few weeks, IOHK will begin reaching out to certain key stakeholders and pool operators to begin testing out the network while simultaneously releasing documentation. The company is also working on the pre-release version of a Daedalus wallet for the ITN, Daedalus flight, which will allow users to give feedback to developers.