By donating the proceeds to charity, the crypto industry shows it's not all about the relentless pursuit of gains. 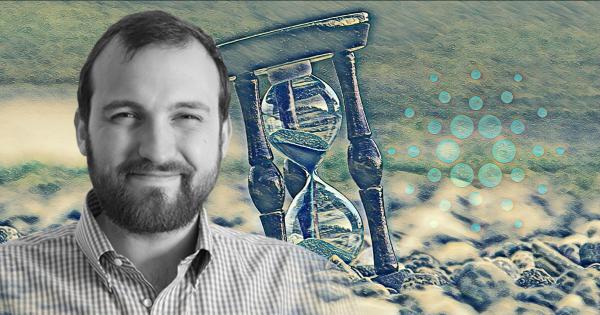 Input Output Global (IOG) CEO Charles Hoskinson won a $50,000 bet, with Polymarket, on Cardano launching smart contracts on time. The proceeds will go to a charity of Hoskinson’s choice.

So since @PolymarketHQ lost, they have to donate $50,000 to the charity of my choice. I thought about it and found a small one with a really good heart https://t.co/dIgeqCrEuK

But how did Polymarket, and other skeptics, respond?

Cardano and the scientific method

It’s well known that Cardano’s “scientific method” focuses on accountability, repeatable processes, and iterative testing. While that’s all good and well, the downside to this is often slow progress.

This became apparent last year, as IOG was in the process of launching the Shelley phase. Delayed deadlines drew much criticism on the grounds that Cardano was all talk but no substance.

Hoskinson has on many occasions defended the scientific approach to building blockchains. He said his priority lies in getting things right the first time around.

Commenting on this recently, Hoskinson said this is the mature and responsible way to nullify system failure. Which, in the long run, benefits users in terms of preventing loss.

“I just happen to believe the way we do things is a bit more mature and responsible because the way that we do things results in a better assurance that the systems we build won’t fail.”

A heuristic approach refers to problem-solving by any and all means, even shortcuts, to get things done. Those solutions may not be ideal, but they will do under the circumstances.

Polymarket describes itself as “an information markets platform that lets you trade on the world’s most highly-debated topics (e.g. coronavirus, politics, current events, etc).” Incidentally, it runs on the Ethereum blockchain.

On losing the bet with Hoskinson, Polymarket made good on the deal and graciously accepted they were wrong about smart contracts on Cardano not launching on time.

At Polymarket, we believe in giving credit where it’s due & sticking to our word. We stand corrected & donated $50k on behalf of@IOHK_Charles& the Cardano Community.”

But that’s not all. The Co-founder of Polygon, Sandeep Nailwal, also took the bet that Cardano would not make it. This time for a $20,000 wager.

Although Hoskinson has prompted Nailwal, so far, he has failed to respond.

Come on, Sandeep, it’s time to pay up.

Cardano (ADA) broke $3 today. Here are the top reasons why