A new DAO looks to raise $4 billion in crypto to buy the Denver Broncos. 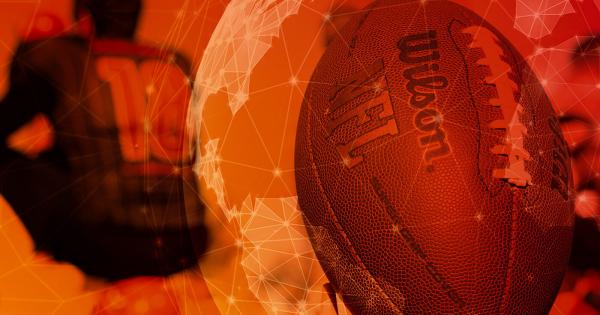 BuyTheBroncos, a new decentralized autonomous organization (DAO) sparked by former Cisco employee Sean O’Brien, among others, is currently aiming to raise roughly $4 billion in crypto to buy the professional American football team Denver Broncos—and essentially put the ownership in the hands of its fans.

“Goal: Fans buy the Denver Broncos. Method: Get crypto junkies, sports fans, and athletes to work as one via a DAO,”

Many thanks to the amazing @KenzieSigalos for the article on @CNBC.

And thank you @GovofCO for the support! CO’s ULCAA is the secret weapon to making this happen. https://t.co/IYvY7rJcRk#buythebroncos #denverbroncos #broncoscountry

Unlike traditional organizations, DAOs are governed entirely by their communities, so every single member is subject to the same rules. As such, if BuyTheBroncos is successful in purchasing the team, “the fans would govern the team through a DAO, which would take the legal form of a cooperative.”

“We know it sounds a bit crazy, but it’s also a bit badass. The purpose essentially is to establish an infrastructure so that fans from all walks of life can be owners of the Denver Broncos,”

He added that while BuyTheBroncos’ smart contracts and wallets are already deployed, the DAO will officially go live only somewhere within the first week of March.

In the future, the organization also plans to issue special non-fungible tokens (NFTs) for contributors that “will double as your ‘membership card’ that grants you access to the cooperative.” Meanwhile, if the deal ultimately falls through, users “will have options to be reimbursed,” according to the DAO’s FAQ section.

The race is on

The Denver Broncos went on sale in early February and is currently valued at $3.75 billion. According to ESPN, such a massive price tag will likely make this the biggest deal in the history of all North American sports—and not just football.

“The Broncos are a special franchise that is part of the fabric of this region, and whoever emerges as the new owner will certainly understand what the team means to our great fans and this community,”

And as if raising $4 billion from the crypto community wasn’t a gargantuan task on its own, the clock is also ticking for BuyTheBronco—because the team’s current trustees aim to sell the Denver Broncos by the start of 2022 NFL season (September 8).

It was great meeting Vitalik the founder of Ethereum. We had a great conversation and we look forward to working together to make Colorado the first digital state. pic.twitter.com/ZK3fSpxdtM

However, the DAO also has its own “secret weapon” in the form of Colorado Governor Jared Polis. Recently, he announced plans to accept cryptocurrencies for state tax payments—and has already voiced his support for BuyTheBroncos.

“I would be excited to be part of [the BuyTheBroncos DAO] myself,” Polis told CNBC.

“The challenge will be it’ll take a lot of money…but you know what, if your imagination is big enough, then it can happen. And anything I can do to make it happen, I’d be happy to.”

Indeed, such a prominent ally could come in handy—especially since it’s currently unclear whether the NFL would even allow a DAO to buy the Denver Broncos. On the other hand, one should never underestimate the dedication of crypto enthusiasts.