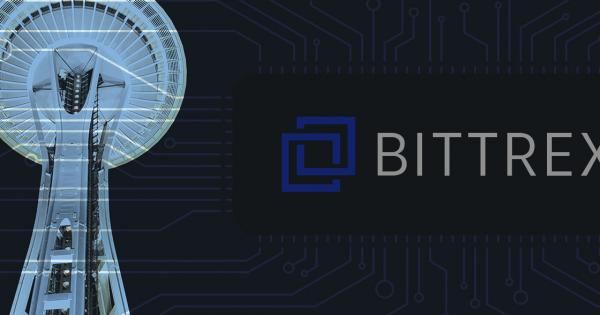 Bittrex International, a US-based cryptocurrency exchange headquartered in Seattle, announced that it will be hosting the first Initial Exchange Offering (IEO) for RAID’s XRD token later this month. According to the company’s official blog post, the hard cap for the IEO is 17 billion XRD, with the company aiming to raise around $6 million.

The current bearish market is forcing blockchain and crypto companies to adapt to a hostile market environment by coming up with new ways to raise both money and awareness.

Following in the footsteps of Binance’s Launchpad, Bittrex International, the global arm of US-based crypto exchange Bittrex, has announced that it will be hosting an Initial Exchange Offering (IEO) later this week.

Unlike a traditional Initial Coin Offering (ICO), where the company or developers mint new tokens to get direct contributions from customers, an IEO has a cryptocurrency exchange function as the counter-party. This allows new companies to tap into the user base of exchange and reach a wider audience, as well as ensure transparency and prevent scams.

According to the official announcement published on Mar. 11, Bittrex International will host the IEO of RAID’s XRD token. The initial exchange offering will be used by RAID, a South Korean gaming data blockchain project, to develop new technologies that reward gamers for sharing data that fosters improvements, Bittrex said in its release.

IEO, a Big Step Both for Bittrex and RAID

Bittrex’s IEO is scheduled to start at 10:00 am KST on Mar. 15th and will have a hard cap of 17 billion XRD. If the hard cap is reached, the 17 billion coins will represent 17 percent of XRD’s total supply, raising the company roughly $6 million. All of the tokens will be issued by ONERAID, a Singaporean Company, the company said in the release.

Taesung Kim, one of the founders of RAID, said that having the company’s IEO be the first of its kind on Bittrex was a “tremendous honor,” adding that the company viewed this as a vote of confidence in their vision.

Bill Shihara of Bittrex International was equally optimistic about the project, saying that the exchange was committed to increasing adoption and moving the blockchain revolution forward. He added that this represents an important development for their clients.

“Now our international users have direct access to blockchain projects with the peace of mind that comes from Bittrex International regulated in Malta,” Shihara said in the company’s release.

Bittrex, one of the largest cryptocurrency exchanges within the United States, revealed that it has partnered with CatalX to bring Bittrex tech into Canada.

Bittrex CEO Confirms USD Deposits Are Coming to Its Platform