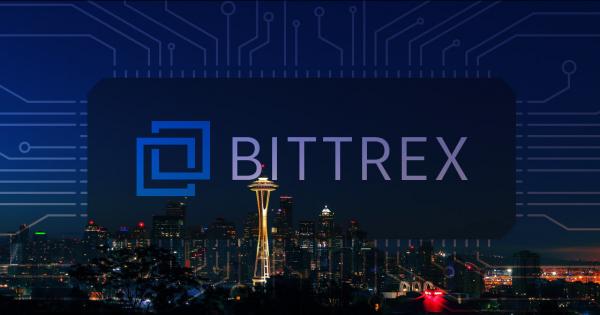 Photo by Timothy Eberly on Unsplash

Last December, the online exchange had to temporarily stop new sign ups due to its website hitting max-capacity and instead add new customers to a waitlist.

Now, individuals looking to sign up for the exchange must undergo a series of KYC verification checks before they can become eligible to use the platform.

The. Wait. Is. Over. New users can once again register on the @BittrexExchange. Want to sign up? Visit https://t.co/F7hqiiZplX and don’t forget to check out our enhanced website while you’re registering for a #Bittrex account. Learn more at: https://t.co/p9XX6eERqC

In the wake of these developments, Bill Shihara, CEO of Bittrex, had the following words for the crypto-community:

“We’ve spent the past four years building Bittrex on the founding principles of innovation, security, and responsibility. Given these principles, pausing new user signups during a period of immense trading volume was not a decision we took lightly, but our responsibility to provide customers with a reliable platform and outstanding customer service made it the right thing to do.”

Bittrex was founded early in 2013 when three cybersecurity engineers came together to establish a fast, secure blockchain trading platform for crypto enthusiasts across the United States.

Since then, the company has grown tremendously and they now have more than 50 full-time employees on their roster.

It is worth noting that just minutes after the announcement was made, Bittrex was faced with a massive internal lapse after several of the company’s servers froze. The problem has since been rectified and was primarily attributed to the huge influx of new users who were trying to sign up for the platform.

Sorry for the inconvenience. Due to an overwhelming response from new users, registration is temporarily paused. We're working to make the necessary tweaks and reopen signups again shortly.

A similar problem was also faced by Coinbase, when due to the large currency value swings that took place in 2017, the company’s mainframe was forced to shut down, causing a host of transaction issues for their customers.

Lastly, as part of their latest offerings, Bittrex also announced its support for “corporate accounts” which will allow enterprise level entities to enjoy their services in a streamlined manner.

Applications for these specialized accounts are now being accepted and interested parties can go to the official website and fill out the relevant web form to initiate the registration process.