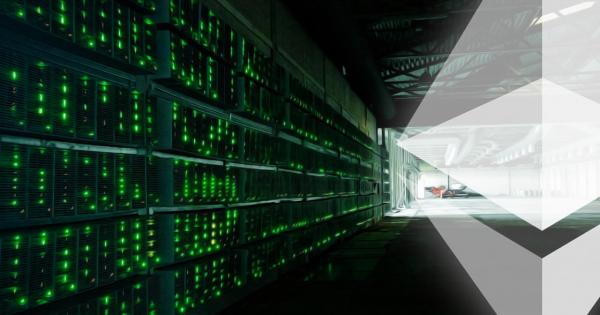 Memory bandwidth, the rate at which data is read or stored into a memory chip by acomputer’s processor, has limited ASIC development on the Ethereum blockchain.

Mining Ethereum was programmed to be memory bound by design. This design prevents the proliferation of ASICs, as seen on the Bitcoin network, and thereby increases the decentralization and security of the Ethereum network.

The Ethash algorithm relies on generating something called the DAG, otherwise known as the directed acyclic graph. Fetching the DAG from the computer’s memory is the primary limiter on how fast a computer chip can execute the Ethash algorithm.

An important thing to note is mining is limited by the DAG size. If a GPU’s memory is lesser than the size of the DAG file, then it becomes impossible to mine cryptocurrency with that GPU.

This limitation in memory size also limits the scope of mining ASIC designers. There are some technical limitations that make building memory into cryptocurrency ASICs difficult.

This limitation in the Ethash algorithm makes it difficult to build an ASIC that is more cost-effective than a GPU. The primary chip designers in the mining space, Nvidia and AMD have an advantage in that regard.

Both of these companies can leverage massive supply and logistic chains to reduce the cost of manufacturing chips.

Chip manufacturing is incredibly capital intensive. Fabrication houses, the places where microchips are built, cost billions of dollars to design and construct. Only a few fabrication houses can produce the newest chips.

All of these factors limit a new entrant to the market like Bitmain.

However, Bitmain has become extremely profitable in a short amount of time.

According to Bernstein Research, Bitmain made $3 to $4 billion in profit in 2017, more than Nvidia and AMD combined.

With that much cash available to the company it is possible that they could break into the chip design niche for the cryptocurrency.

How to Build an Ethereum ASIC

ASIC chips only make sense if:

Has Bitmain successfully designed a chip that is cheaper or more power efficient than Nvidia or AMD’s GPUs?

Recently the mining and Ethereum community on Reddit has been in an uproar over a rumored ASIC developed by the mining giant Bitmain.

According to the Chinese news website, Tech news, the F3 Ethereum miner is said to have 72 GBs of DDR3 memory and has been in production since February.

It is also said that Bitmain is establishing relationships with Taiwanese chip manufacturers to reduce the costs of these chips further.

In response to the threat of the new ASIC, the Ethereum Improvement Proposal (EIP) repository has opened a thread with a referendum to hard fork the Ethereum blockchain and to make Ethereum more ASIC-resistant.

One of Etheruem’s lead developers, Vlad Zamfir, issued a poll on Twitter asking the community whether they would support a hard fork of the Ethereum blockchain to delay ASIC development.

Would you support a hard fork that obsceletes ETH ASICs? (Just wondering, this is not a proposal)

In the face of this recent threat, it appears that one thing that the community is in consensus about is hard forking the Ethereum blockchain. The move may also prove to be unnecessary  considering that Ethereum plans to move to proof-of-stake, possibly by the end of 2018.

All of the competing stakeholders may make change difficult.