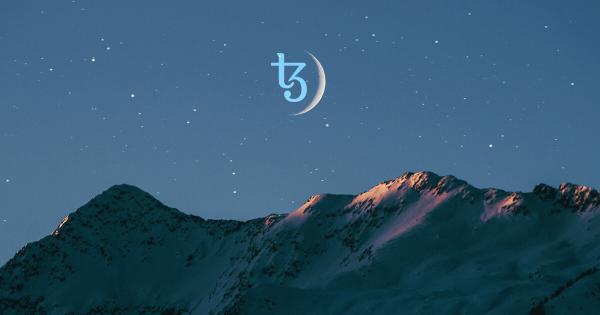 Photo by Benjamin Voros on Unsplash

Investors are embracing this price action, with data from Bitfinex indicating that traders are opening long positions for XTZ in record numbers.

According to Bitfinex market data shared by Josh Olszewicz, a cryptocurrency analyst from Brave New Coin, there are more XTZ longs open than ever before.

This indicates that traders think the value of XTZ is going to head higher in the weeks and months ahead.

This much has been made clear by the sentiment about Tezos’ price outlook shared by multiple technical analysts. They say that the altcoin is primed to move higher as XTZ attempts to establish a new all-time high and enter “price discovery.”

Price discovery occurs when an asset establishes a new all-time high after a period of macro consolidation; this phase of a market cycle often results in an asset going parabolic as it sheds historical resistances.

Could Tezos encroach on Ethereum?

One narrative that may act as a boon for Tezos moving forward is how the network may be able to absorb some of Ethereum’s market share.

Ethereum is currently suffering from extremely high transaction fees as decentralized finance protocols promote the processing of hundreds of thousands of transactions a day. According to Eth Gas Station, an Ethereum transaction fee tracker, the cost of gas has reached 160 Gwei. This is over 1,500 higher than it was just four months ago.

The reason why users of the network are paying so much is that they see demand in transacting with Ethereum-based protocols and using Ethereum-based assets.

Tezos could begin to encroach on ETH’s market share, though, should Tezos-based protocols and assets offer similar or better incentives for usage than those based on its competitor, Ethereum.

Right now, though, Ethereum is easily beating Tezos by many measures.

As reported by CryptoSlate previously, Ethereum has the highest number of daily active addresses out of all mainstream smart contract blockchains. As of early July, here’s how the data was broken down:

If you talk to the supporters of smart contract projects such as Cardano, Tezos, EOS, and Tron, they will say that their respective blockchains are the best.