Changing policies and financial regulations in Hong Kong have now targeted the burgeoning crypto space.  As per a statement by the city’s securities watchdog on Tuesday, Hong Kong will now require all cryptocurrency trading platforms to be regulated whether or not they trade securities. 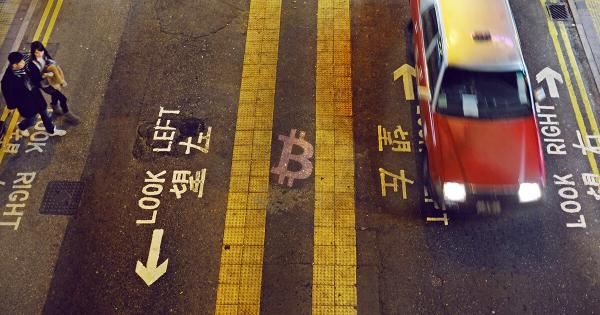 Photo by Igor Son on Unsplash

Changing policies and financial regulations in Hong Kong have now targeted the burgeoning crypto space.  As per a statement by the city’s securities watchdog on Tuesday, Hong Kong will now require all cryptocurrency trading platforms to be regulated whether or not they trade securities.

As per Reuters that the Hong Kong Securities and Futures Commission (SFC) had previously placed an “opt-in” regulatory framework for cryptocurrency trading platforms, but these had made it possible for some trading platforms to operate away from the regulatory radar, SFC CEO Ashley Alder said in a statement.

The watchdog head explicitly stated that all crypto trading platforms in Hong Kong would be regulated, supervised, and monitored under one of two regimes: the existing opt-in framework introduced by the SFC in 2019, with the proposed new licensing approach being that of today.

“Failure to do so would, of course, be an offense,” Adler warned.

Hong Kong’s one of the world’s biggest financial markets and has been thus far been largely neutral on its position on cryptocurrencies. This has allowed crypto exchanges and banks — such as BitMEX, Huobi, and Crypto.com — to flourish in the region and provide services to clients globally.

Sam Bankman-Fried of FTX, a popular exchange based in Hong Kong, said they were looking into the matter after the news was released this morning. “Just came out, [we are] investigating,” he tweeted.

Bitcoin Association of Hong Kong, a non-profit based in the city that advocates for digital currency laws and education, conducted a poll on Twitter to assess the proposal’s economic impact.

Under proposed regulation in Hong Kong, Bitcoin exchanges will have to get licensed and no longer be allowed to sell Bitcoin to end users. This is

At press time, over 52% of the poll’s 123 respondents felt the move was “terrible for Hong Kong.” The city is one of the few that boasts an accessible financial system with low taxes and ease-of-business, which may all be impacted.

“What gets easily lost here is that this isn’t a simple push for licensing. Even licensed exchanges won’t be allowed to sell Bitcoin to “non-accredited investors.”

The move comes a year after the SFC allowed crypto exchanges to join a temporary regulatory framework if they operated in Hong Kong. But the wait has not borne well.

Meanwhile, the new rules may see benefits for Singapore, a world-class financial center that rivals Hong Kong. Last week, US giant Fidelity Investments said it was partnering with a local firm to address the growing demand for Bitcoin by rich family offices in the city.