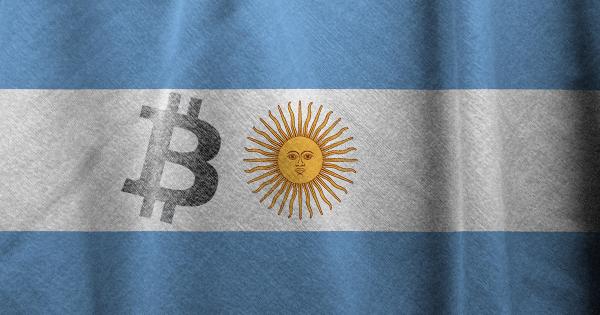 Bitcoin is trading at a $1,200 premium above spot price on Buenos Aires-based exchange Buenbit. The price exploded to $12,750 per BTC—a total premium of $2250 premium—immediately after Argentinian president Mauricio Macri announced his government would reinstate restrictions on foreign currency purchases.

Put in place Monday, Sept. 2, the controls prohibit Argentinians from purchasing more than $10,000 U.S. dollars per month without express permission from the central bank, the Washington Post reported and put in place deadlines around the remittance of foreign earnings for exporters.

The Sept. 1 announcement of Macri’s surprise measure—intended to curtail the sale of foreign currency reserves and restore value to the Argentine Peso (currently trading at an all-time low against the dollar) precisely coincided with the start of a dramatic three-day-long rally pushing Bitcoin up from 600,000 ARS ($10,750) to more than 712,000 ARS, worth $12,750.

Bitcoin to the rescue?

The rally marks the second time in a month that Bitcoin has surged in the face of economic woes in Argentina, coming on the heels of a shock mid-August election result that sent the Peso plummeting more than 15 percent against the dollar.

A currency crisis has put the embattled South American economy on the verge of default. The nation may deplete all $15 billion of its foreign reserves within weeks, reported Bloomberg.

Considering the impact Bitcoin may have on these currency controls, it will be interesting to see if Argentina’s cryptocurrency exchanges will continue to remain outside the purview of Macri’s government. With Bitcoin acting as an increasingly popular hedge against the Peso’s looming collapse, it seems unlikely that exchanges will remain unscathed.