Amidst hyperinflation, a leadership crisis, and international interference, Venezuela’s crisis has come to represent the failings of modern finance and highlights how cryptocurrency could reshape it. 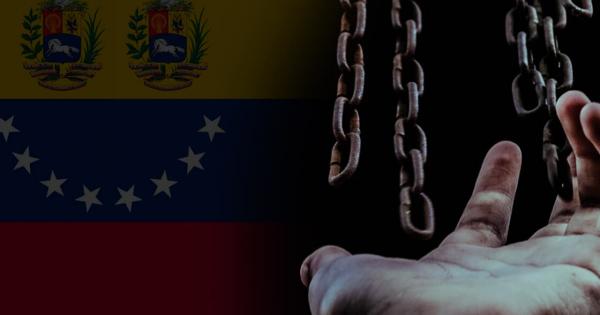 Amidst hyperinflation, a leadership crisis, and international interference, Venezuela’s crisis has come to represent the failings of modern finance and highlights how cryptocurrency could reshape it.

Venezuela’s economy has been in a downward spiral for years, with extremely tight capital controls dating back to the early noughties limiting citizens from acquiring foreign currency.

The political situation has come to a head, with the leader of the opposition, Juan Guaidó, declaring himself the legitimate leader, whilst the incumbent Nicolás Maduro refuses to back down.

In amongst this instability, ordinary Venezuelans are suffering. Hyperinflation nearly hit 1.7 million percent in 2018, which has driven thousands of citizens to hike the 125 miles through the Andes, to Colombia.

With no indication that the situation is coming to a conclusion, I want to explore the lessons we can take away from this crisis; specifically in terms of the role cryptocurrency can play in an unstable political environment and the importance it can play in protecting citizen’s privacy.

With the local currency falling in value whilst inflation spirals out of control, Venezuelans have taken control of their financial security with cryptocurrency.

Free of centralized custodianship, cryptocurrency gives individuals a comparatively stable asset that they have full ownership of and can transact with, without the fear of government oversight. A fear that is not without basis: Maduro’s government freezes any bank account that makes a transaction worth more than $50.

In Venezuela, citizens have been adopting Bitcoin to hold their assets in a more stable form. Despite the high cost of trading through peer-to-peer (P2P) exchange Local Bitcoins, Venezuela trades more Bitcoin than larger countries like Australia, Canada, and India combined.

Demand for Bitcoin ATMs is up in the country, retailers and e-commerce platforms accept crypto, and when citizens flee, they take their valuables in Bitcoin rather than jewelry because of its portability and convertibility. Despite the volatility of crypto, it stores the value of assets more consistently than hyper-inflated fiat currencies—and it cannot be easily seized.

Sovereign cryptocurrencies are not always the answer

Whilst Venezuelans have been turning to crypto to avoid the restrictions of their government, the Venezuelan government launched their own cryptocurrency, the Petro, as an effort to stem the bleed of the bolivar.

Allegedly backed by the country’s oil reserves, the Petro has been widely accused of being a scam. Officials have confused which blockchain it runs on, have failed to show how its value is pegged to the price of oil, haven’t built a blockchain explorer, and even backtracked on how many exchanges will be authorized to trade it.

As a sovereign cryptocurrency or pseudo cryptocurrency, it is entirely centralized, offering users no privacy or security. It is alleged to be a tool for the government to refinance its debt, subverting international sanctions.

Even if it was a real cryptocurrency, the government has full control over the circulating supply, the price, the ease (or difficulty) of accessing it, where it can be transacted, and they can monitor how it’s being spent. It also doesn’t have any protection against seizures, removing a key advantage of decentralized cryptocurrencies. This further curtails the rights of citizens to spend their personal assets as they wish and doesn’t solve the central problem facing failed fiat currencies.

The Petro has been weaponized. Venezuelans must acquire Petros in order to make important transactions like buying a passport. This means the government controls legal movement out of the country, trapping many citizens and forcing them to flee illegally.

This is why alternatives like Bitcoin are proving to be popular. And they work fine, for now. As Venezuela lacks the resources to perform wide-scale blockchain analysis to tie Bitcoin transactions with identities, Bitcoin and its pseudonymity suffice. However, we can easily foresee a situation where a better-equipped government can perform such analysis to crack down on dissidents.

Sovereign digital currencies are being explored by several countries with the purported benefits of the elimination of money laundering and tax evasion, but few consider the privacy risks it creates for citizens, the power it bestows to the government, or the security of such private data.

To protect these basic freedoms of ownership and freedom of money, coins with privacy features that can prevent identification of real-life identities to transactions or addresses provide an important countercheck to such creeping overreach.

In a country lacking a free press, free economy or freedom of movement, privacy coins enable citizens to make their own decisions and protect their own interests and families.

Do we truly own our money?

The ownership of money is something we often take for granted. Many people believe they own the money they store in banks when in reality it is merely a debt that the bank owes you. They use that money we deposit to grant loans to third parties.

The fragility of such deposits is demonstrated when governments seize money to plug gaps in their budgets, which has happened many times in the past.

In the years around the Great Financial Crisis, many countries undertook these so-called ‘bail-ins.’ Cyprus seized large bank deposits to meet IMF bailout criteria. Spain seized pension funds to bail the government out, as did France. Argentina nationalized its pensions to reduce its budget deficit.

Fiat currency, secured by a centralized body, can easily be taken away by the power that issues it. In fact, there is no historical precedence for a fiat currency that has succeeded in holding its value: according to a study of 775 fiat currencies by DollarDaze.org, a mere 23 percent of all fiat currencies remain in circulation, with the other 77 percent having been destroyed by war, independence, reformation, or hyperinflation. The average life of a fiat currency is only 27 years.

Even gold, an asset that is internationally recognized as a store of value cannot be entirely relied on in times of crisis. The physical gold reserves of Venezuela, property owned by the government, have been frozen by the Bank of England, who was charged with storing it.

A centrally-controlled asset is, by design, unreliable. In this instance, a British minister is denying foreign government access to assets that could feed their people as part of an international political strategy to facilitate leadership change.

Cryptocurrencies are a rare asset class, where individuals can control their money and there is no central body that can seize it or control its movement. However, in a world where fiat still reigns supreme, cryptocurrencies can be subject to seizure at the point of conversion into fiat. This is where privacy technologies become important in making money truly fungible and indistinguishable from each other.

We are already seeing how Bitcoin can be seized due to its traceability, with the Dutch police infiltrating, tracking and taking over the Hansa marketplace in 2017. Although the seizure, as proceeds of crime, is legal, it sets a precedent that allows governments to observe individual actions—something that can easily turn around to oppress individual liberty.

Beyond protection from governments, due to Bitcoin’s transparent nature the coins you transact with giving details about your previous transactions or how much you own with any person or entity you transact with. With large corporations already storing such extensive personal information, a cryptocurrency with poor privacy gives them further insight into your personal life. We have seen how we cannot trust such organizations with our personal data with breach after major data breach.

Ultimately, Venezuela shows both the best and worst of crypto and its potential when used as a tool to escape oppressive and corrupt governments.

Cryptocurrencies serve as an independent global currency, whose existence keeps government and banking overreach in check. It is imperative that it remains decentralized and fungible and privacy is an essential element in this.

Without privacy, citizens have no guarantees that they can transact or even hold their own assets freely. And that’s a concern for more than just the population of Venezuela.