The threat of Bitcoin miner capitulation in the near-term has subsided, as the hash rate of the network recovered. 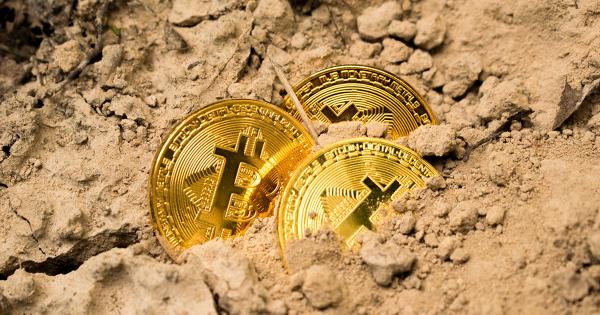 The threat of Bitcoin miner capitulation in the near-term has subsided, as the hash rate of the network recovered.

Up until late November, the hash rate of the Bitcoin network was hovering at around 80 exahash. Since then, it has rebounded to around 100 exahash, reducing concerns regarding a potential sell-off by miners.

What happens during Bitcoin miner capitulation?

The possibility of capitulation by small miners has been highly anticipated by cryptocurrency investors in recent months. If miners can no longer mine BTC as its price falls below the breakeven point of mining, it could cause tens of millions of dollars to be dumped on the market in a short period of time.

When such a large sell-off occurs with the Bitcoin price already having dropped to a low region, it often causes the downside movement to intensify.

Last month, for instance, a single miner reportedly dumped more than $17 million in BTC on the market. At the time, the price of Bitcoin was testing weakened support at around $8,000.

Since then, the Bitcoin price has fallen to the low-$7,000s, struggling to recover.

According to data from Blockchain.com, the hash rate of the bitcoin network has recovered in recent weeks, in both short and long time frames.

The $7,100 level is likely to have been protected fiercely throughout December as it remains as a breakeven point of c mining centers.

If bitcoin drops below $7,000 once again, it becomes vulnerable to falling to lower level supports such as $6,300 and $5,800, and it dips below the breakeven point of miners.

For now, the rebound of the hash rate of the Bitcoin network indicates that it is too early to determine whether capitulation will occur in the imminent future.

The price of BTC will have to drop to lower support levels and remain there for an extended time period to affect miners in a considerable manner, which isn’t like to happen in the upcoming days.

The short to the medium-term price trend of BTC remains weak, with volumes across large margin trading platforms and spot exchanges struggling to recover.

DonAlt, a well-known cryptocurrency technical analyst, said that he expects BTC to fall to the low $6,000s in the short-term.

If BTC falls to the low $6,000s and stays there throughout the first quarter of 2020, it would place significant pressure on mining firms that have already faced difficult two quarters in Q3 and Q4 of 2019.

Large mining facilities like Hut8 have reported losses in the latter half of 2019, demonstrating that mining firms are currently operating within a difficult environment.