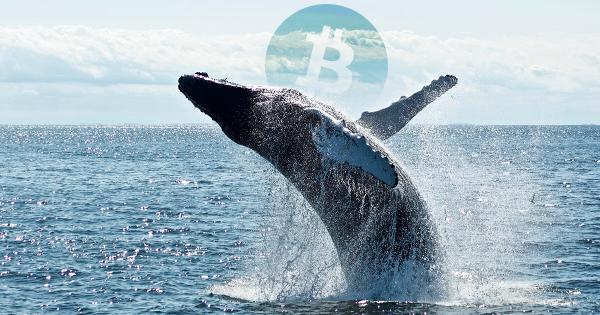 Photo by guile pozzi on Unsplash

The Silk Road-related cryptocurrency wallet activity, first observed by cryptocurrency community members on Aug. 30, has seen over 111,000 BTC and BCH distributed into smaller chunks, with the total amount scattered across 80 wallets — potentially to be dumped onto the cryptocurrency market.

The movement of such large amounts of Bitcoin could have a significant impact on the Bitcoin market — earlier this year, the movement of 16,000 BTC from wallets associated with the Mt Gox scandal sparked intense speculation, resulting in a thousand-dollar price drop over one week.

The vast sum of Bitcoin and Bitcoin cash is linked to alleged Silk Road operator Ross Ulbricht—one of the first transactions to the wallet from which the BTC has been distributed was from a wallet publicly claimed by Ulbricht in a 2011 BitcoinTalk forum post. Ulbricht was arrested in 2013 for operating multimillion-dollar dark web drug market Silk Road under the pseudonym “Dread Pirate Roberts.”

The wallet in question has not remained inactive since Ulbricht’s arrest, however. Transactions both inbound and outbound have occurred over the last several years, hinting toward a potential second party involved with the operation of the defunct Silk Road platform.

The Silk Road bust has remained a controversial topic within the cryptocurrency community since the arrest of Ulbricht — Ulbricht’s attorneys Dratel and Lindsay Lewis note that forensic analysis of the Silk Road forum demonstrated that Ulbricht’s credentials were used to log into the platform fully six weeks after the arrest of the operator.

The investigation into the Silk Road case has been further obfuscated by the involvement of corrupt federal agents.

Secret Service agent Shaun Bridges stole thousands of Bitcoin from the Silk Road, while DEA agent Carl Mark Force attempted to extort Ulbricht, selling the alleged operator secret information from the Silk Road investigation while it was in operation. Both federal agents have since been convicted.

Ulbricht appealed to the US Supreme Court in 2017, seeking to have the conviction and life sentence delivered by authorities overturned on the grounds that the US government’s use of devices to capture internet routing data without first obtaining a warrant violated his constitutional right against unlawful searches.

The appeal was rejected by the Supreme Court in June 2018, but ongoing community action has led to the creation of a Change.org petition seeking clemency for Ulbricht that has captured over 70,000 supporters.  While none of the transactions that have divided the 111,000 BTC held within the original wallet have sent BTC to any known cryptocurrency exchange addresses, but the movement of such a large sum of cryptocurrency could potentially see a significant amount of Bitcoin brought to market in the near future.

The wallet purportedly associated with the Silk Road cases has also been linked to Bitcoin Cash proponent and unverified claimant to the throne of Satoshi Nakamoto, Craig Wright. Legal documents associated with the Kleiman Estate vs Craig Wright case link Wright to the wallet, but Wright’s history of making unverified claims of ownership over wallets containing large sums of Bitcoin make an association between Wright and the wallet unlikely.

At current market rates, the total of 111,111 BTC held within the original wallet linked to the Silk Road adds up to over $774 million, with a further $60 million in Bitcoin Cash.